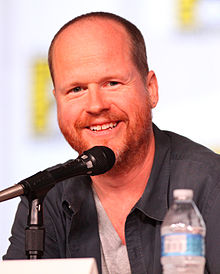 I saw Cabin in the Woods last night.  Though I would need to watch it one or two more times to feel comfortable doing an official "...as a writer" review kind of post, it was absolutely awesome to have posted earlier in the day about "cliche" and then get to turn around and see Whedon's unique brand of cliche attacking unleashed in all its fury on the horror genre.  He doesn't just reword a lot of turn-of-phrase cliches, but deconstructs tropes too.  It was funny, it was thought provoking, but mostly it was good fun.  Well worth a watch if you can do horror (even if you can just BARELY do horror, this one would be worth the effort).  But do NOT believe the hype that it is not really that scary or it's just satire.  Even though there's humor breaking up some of the scarier moments, it's intense enough at points that there's no WAY someone who can't do horror should be watching this movie.  Yousa people gonna die, my friends. 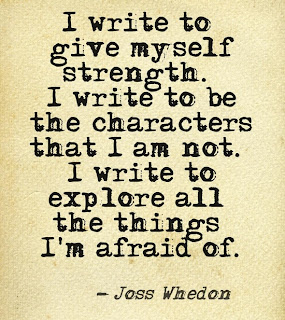 In honor of having seen Cabin in the Woods, I give you a Joss Whedon themed potpourri.  He's a screenwriter, so there is some dovetail with fiction writing tools and elements, but not necessarily 100% overlap.  A lot of young fiction writers who really want to be young screenwriters (but think being a successful writer is much easier than being a successful screenwriter for some ungodly reason) probably need to learn the huge differences between the mediums and why they so often get lost in translation.


Remember to always be yourself. Unless you suck.

I can't really tell you much about the female characters in Cabin without ruining some of the plot twists, but suffice to say that at one point there is a profile shot of a chick holding a knife as long as her arm and ready to kick some ass.

Joss has a list!  Here are Whedon's Top Ten Writing Tips.  They are very much about screenwriting, but I am a firm believer that every writer has something to offer every other writer if they aren't too good to listen.

The Mary Sue Runs a bit about Joss and feminism.  I can't stress enough that if you want to avoid the pitfalls of institutional misogyny that speculative fiction writers (and geek culture in general) are still falling into all too frequently, Whedon is a good place to start.

115 Reasons Why We love Buffy.  This is 115 gif. pictures (on four different pages) so it might take a second to fully download.  This might be more nostalgia than actual reasons, but if you liked the show, it's fun.

This is a great interview that's appears to be only three days old as of this posting.  It's mostly about what he's working on and his movie career, but there's some really great advice about how far you can take ironic detachment.  I think there are some "I'm deconstructing EVERYTHING" writers out there that might do well to know the limits.

Here are a pair of clips about Whedon's writing process.  [ETA-This pair of clips has turned into one because the other one was pulled off of Youtube for some reason.]  Process is a place where there is a ton of overlap between any kind of writing, and really most kinds of art.  Here he is speaking at Comicon. 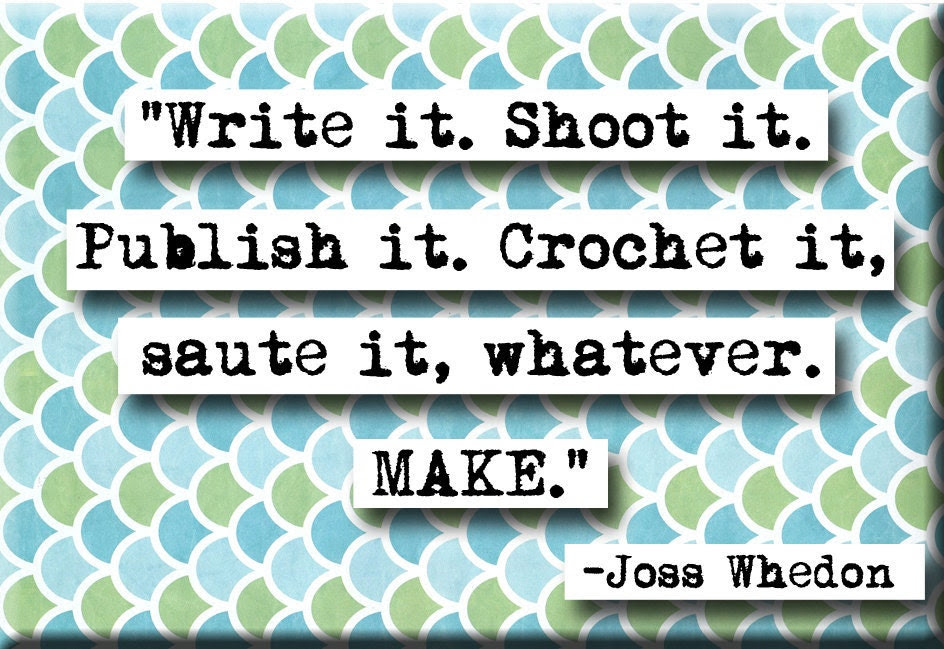 And just for fun, I leave you with some of the best quotes from Firefly, in case you're still wondering why legions of geeks love this guy so fucking hard.  It does seem to be missing one of my favorites though (when Zoe asks preacher if the Bible doesn't have some pretty specific things to say about killing and he replies with something like "Yes, but it's somewhat less specific on the subject of kneecaps.")

[Do you want to be featured in potpourri along with a few words from me about how awesome you are?  Do you know a great writing link that I should share? Please send it to me at chris.brecheen@gmail.com, and I will post it along with a shout out singing your praises (unless, of course, you don't want one).  There are four caveats to this.  Please read them before you send me stuff.  If I've posted anything that you feel is "yours" (or "your client's" --eeep!) please just ask and I will take it down if you wish or preferably give you credit and a link back to its source.  Most everything here that doesn't have an embedding code within its source is some kind of meme, so it would be quite difficult for me to do proper attribution.]

Posted by Chris Brecheen at 1:10 PM