Why Failure is Awesome but Quitting Sucks Hardcore (Like Titanium Hard) 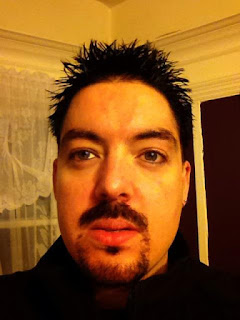 With a little over three hours left in NaNoWriMo as of writing these words, I face the distinct possibility of failure.  2,500 words is probably not going to elude me, but let's pretend for the moment that it totally would or that I'm twenty thousand words shy...or that it's closer to 11:45.

Let's pretend I'm going to fail.  Go on, it's okay.  You can make believe.

See how I didn't change into all caps and start using lots of exclamation marks?  Notice how I'm not questioning my worth as a writer or whether I'm cut out for this sort of thing?  And I assure you if you were sitting next to me, you would not notice a distinct waver in my voice.

In Western culture (in as much as that term means anything) it is extremely rare to find those that value failure.  Success is our singular premium.  It is so important to us that most of us have a healthy fear of failure. It's so scary to our cultural vicegerents that they tried to hoist participation trophies on young children who didn't even want them because they projected into them that it must make them feel so terrible. It's not that we're ambivalent or neutral about failure. Failure is something we dread, try to avoid, and hate when it shows up--like an alcoholic, libertarian uncle dropping in on the holidays. "Failure is not an option" is a cliche for a reason. If we tip our hat at all to failure, it is usually only in a broader story about success. Failure is more an obstacle to be overcome by unswerving tenacity. It's like how the Bad News Bears always lose their early games so that they can rally and their final victory is that much sweeter.

The problem is, failure is the good stuff.  Failure is the engine of human progress. Failure--not success--pushes forward science, innovation, and especially art.  I know it's hard to imagine that if this is the first time you've run into this idea.  It's like someone telling you french kissing light sockets is good for your complexion or something. But despite being counter intuitive, it's true. (The failure thing--please don't French kiss any light sockets.)  Every study of successful people reveals that they are usually the ones who fail the most.  (A statistic that is still accurate if you remove George W. Bush's and Donald Trump's particularly hideous track records and particularly lofty destinations.)

Failure is important to who we are as people. The way we deal with failure defines us far more than our successes. It toughens us. It reveals new opportunities. We learn valuable lessons that we wouldn't with an easy win. Failure helps us consider our goals and objectives, as well as our approach. (There's nothing quite like falling on your face to make you question if you're doing the right thing for the right reasons.) And, there's the fact (which is much more profound than it sounds at first) that failure tells us what not to do.

The problem is failure stings at the time. Failure doesn't reinforce our narrative that we are awesome. Failure isn't something people are likely to say "is an option." Failure is scary.

Everyone has to fail. They just have to. Artists have to fail more than most.  If you aren't failing some of the time (even a lot of the time--seriously...around half of the time), you aren't actually trying to do anything challenging.  The old Atari version of Ms. Pac Man used to have an option to have fewer ghost monsters. You could even have one. I could play that game all day with one ghost, and there were a couple of days when I was still numbering my age in single digits that I'm pretty sure I tried.

"You seem like you've got one ghost monster down, Chris,"  my mom would say.  "Why don't you try it with two now?"

"Because then I'll die," I replied.

I knew that two ghosts would eventually corner me, so I kept things easy.

You would think that once people hit like TEN or even ELEVEN, you wouldn't see this sort of thing anymore. But a lot of people coast through life. They never fail because they never risk. The progress of their lives--such as it is--is measured only by them dribbling from one sure thing to another, and a very careful and calculated avoidance of risk.

But it goes beyond that. We are SO afraid of failure that we actively eschew it. We may do this by "taking chances" that are basically non-effort Hail Mary passes at life. That way we never have to get invested in the bitterness of the outcome. If we fail, we can just say we didn't really try and keep telling ourselves that if we did really try, we would succeed. I know several writers who submit early draft writing for publication. They send out everything they write--usually after no more than a first or second draft. That way if it gets rejected, it's no big deal. They are much more reluctant to pour some time and effort into a two or three solid revisions before they submit because getting rejected about something they put some energy into that might actually feel like failure.  Far too many people have this sort of "reach for the stars" idea.  Rather than realistic goals and genuine effort (and the horrible risk of failure), they would rather have lofty dreams (that are nothing more than grandiose and non-urgent fantasies rather than goals) and then not really work at them.  They can "risk" failure only in as much as they never really try.

We are a culture of quitters.  Whenever failure seems like it's coming, you can bet that most people will trot out the rationalizations and quit.  It's easier on our fragile egos to convince ourselves a battle isn't worth fighting than to face the prospect that we might fail...miserably.  Writers (and other artists) are perhaps more guilty of this than any others.  The fear of rejection...the fear that we are not perfectly articulating the wonderful story in our head...the fear that we might fail grips every artist--usually about fifty to sixty times before breakfast.  And out come the excuses to quit:  it wasn't a good idea, this is dumb, I need a better computer, I don't have time, this is futile, I've got too much going on in my life right now, and my personal favorite I'm not good enough.  And so we quit.  Or if we're extra savvy we "put that project on hold, but we're totally coming back to it later."  And if we're really slick, we might even claim some other project caught our attention--preferably with artsy sounding bullshit that uses words like "inspiration" and "my muse commands."

Failing is not quitting.  Quitting is not failing.

Failing means you fought the fight.  You showed up and tried.  At least you were there.  Quitting means you retreated. You ran like a two year old with a skinned knee.  Failing means you met the bully at the bike racks after sixth period and got your ass kicked (but they know they're going to have a sore fist every time they mess with you).  Quitting means you left campus on the opposite end of school and tried to tell everyone that it was totally not because you were afraid (and it means the bully really owns your ass now).  Failing is asking someone to the prom and they turn you down.  Quitting is not even asking, spending your life wondering what could have been, and convincing yourself it's because you're obviously too nice.   Failure is ejecting from your plane after it gets shot up and looses a wing. Quitting is ejecting before you even take off or as soon as you see there are more MiGs than you think you can fight. Failure means you're doing something, and that means you're improving and developing. Failure means you suited up and showed up, learned something, and took it on the chin with aplomb. You made an effort instead of an excuse.

Besides, you can't have an eleventh hour turn around if you quit during the eighth hour. Where's your fucking sense of drama?

Stand up and give something a real try.  Don't give up at the first sign of trouble.  Take a chance.  Risk failure.  Have a spine!

At the end of the day failure yields fruit.  In the final analysis, I have a lot more to show for failing NaNoWriMo.  I have some insight.  I have some perspective.  I have a better idea of how much work NaNo AND daily blogging will be if I decide to do NaNo next year.  I also know I can write a serious fuck ton of words if my back is to the wall.  And,  not to put too fine a point on it, but  I have 47,501 words!  (It's not like they'll vanish if I don't "win.")  I have grown and improved as a writer.  I did something, and I have something to show for November's efforts.  All in all, not a bad haul as I head into December 1st.

Quitting yields nothing.  Quitting gets you a sense of inadequacy and the skepticism of people that know you that you really care about this as much as you say you do.  If I gave up three weeks ago with an excuse about how busy I was,  I wouldn't have any of the things I have today.  I would just be patting myself on the back for not failing...but it wouldn't matter because I would suck feces covered donkey testicles.

So whether it's NaNo... or writing in general...or finishing an (actual) novel...or publication...or making money with writing...or winning a contest....or whatever it is...get out there and give it everything you've got.  Rock the casbah and the party that rocks the party.   Take a risk by really trying. And if you fail, that's okay.   You'll have a lot to show for it.