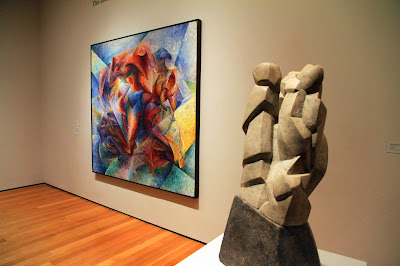 Ten years later, that picture still haunts me. Ten. Fucking. Years.  I'll be walking down the street or sitting watching Daredevil, and suddenly I will think about how people can be transparent and that picture of that man who seemed so happy––or rather trying desperately to convince himself that he was happy––but maybe wasn't really even there.

Art isn't something I can explain in ten pages or ten thousand. It tends to have some things in common like its relationship with message and execution, but ultimately the more you try to lock down what is art, the more examples of the most breathtaking art of all time you will find outside your parameters.  Art crawls into the deep places of your soul whether you want it to or not and jumps unbidden into your mind. It might make you angry, sad, or hopeful, but it usually makes you think, and it always makes you skip a breath. Whether it is a line from Salinger, a strain of Mozart, or a smear on a cave wall from the first beings who we might have called human, it reaches across time and space and digs a barbed hook into your sense of humanity that you'll never remove.

And if I write something that someone can't help but think of a decade after they read it, I will count myself a great artist, no matter what someone with an elbow patch and a shelf full of books ever says.
at May 08, 2015