Five Reasons It Was Rejected That Aren't Your Fault 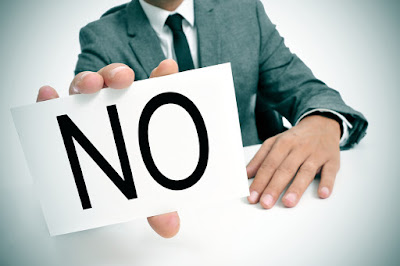 This is Part 2 of 5 Reasons Your Submission Probably Ended Up In the Trash (And 5 It Was Rejected That Aren't Your Fault), and I'm going to hit the ground running without much intro, so bounce back there to see what you might have missed.

Okay so you followed the submission guidelines to a T. And your work still got rejected. That means you suck, right? Time to have an existential crisis and drink yourself into oblivion? Maybe start making poor life choices like you’re an intern from Grey’s Anatomy? ...in the later seasons?

Not so fucking fast Hemingway.

Until you’ve been on the publishing end a couple of times, you’ll have no idea how many factors that have fuck all to do with "the quality of the writing" will come into play in your average decision to accept or reject. And while you absolutely might still be in dire need of another half decade of writing  practice and prolific reading, it's also pretty dang likely that you just accidently stepped in one of these pitfalls.

1- Your shit is too long

Look me straight in the eye. Are you looking?


Listen up. Until you go behind the umbra of “novella” length and come back out the other side with a full-length novel, shorter shit gets published more often*. When you’re dealing with short stories, the shorter, the better. No shit, I have sat on the editing staff of an actual literary review, and the E.I.C. tossed in "one more" piece of kind-of-second-rate micro-fiction because we had an extra page and it was only two paragraphs. That's what went into that author getting published. ("Oh we have an extra page.....um..... Here do this too.") Half of our discussions were not about "absolute" quality, but if something was good enough to justify the number of pages it was going to take up. ("That was good. I'm not sure it was 20 pages worth of good.") We were pretty much having the exact same conversation as you might about where to eat for lunch, but with word count instead of price. ("I like their guac, but I don't $25-dollars-a-plate like their guac.")

(*Novellas are really just their own beast. They are hard to make profitable unless you’re an author with enough name recognition to make an omnibus work.)

Imagine you are a publishing a collection or journal. Your publication is 150 pages. 20 pages are ads. You lose another ten to the publication info at the front and back, title page, table of contents, etc…  Now you have 120 pages left for submissions. And you get one really good short story that is 50 pages. That’s half your publication for one author. You could showcase five or ten short stories and dozens of pieces of micro-fiction or poetry. If that 50 page story doesn't literally have a hand that comes out and digitally stimulates you, there's no way.

And what you have to understand is that this is a simple, financial calculation if you're an editor. Those twenty authors that would fit are all going to have parents and friends who will buy a copy of the review. Unless that one author is a household name or that longer story is so, SO worth it...you're losing money.

2- Not the right genre fit

You might be surprised how niche most publications can get. And if you add in the theme of ONE particular issue (or that anthology), it's even nicher. If you're submitting your cyberbiosteampunk coming of age story and the call was for cyberDISELsteampunk coming of age stories....you probably won't get in. Even if your story is totally awesome, totally cyber, totally steam, and totally punk. They want what they want, and from their perspective it's like looking for a naughty Santa outfit and you show up and say you've got a 60s Robin Hood costume which would probably look like a naughty elf if you they just wore the top and a belt.

If the theme is something vague like "The Broken American Dream" and you offer up a story that you think fits pretty well, you might get edged out by a story that has more tragedy or anti-American angst or maybe just explicitly mentions that the meritocracy is codswallop.

If you just toss your submissions off to anthologies and magazines without checking to see what they're doing for their upcoming publication, your almost certain rejection will have ABSOLUTELY NOTHING to do with the quality of your writing. I mean your writing might ALSO suck, but mostly it's because you look like a Merry Man with no pants.

No I don't mean that you are just TOO cool for the venue, but if you want to tell yourself that, it might help you sleep at night.

The word "edgy" tends to be pretty plastic. It just means out at the edge of what someone is comfortable with. A Christian in bible study might find my non-monogamy outrageously edgy but an anarcho-socialist would find that preeeeety snooze worthy, and be more pearl clutchy about the fact that I'm not 100% sure I can visualize a world with cities but without cops. It's one of the reasons "edgelords" are usually actually just people just being super shitty about the most boring, middle-of-the-road, centrist dillholery they can champion. They're just arrogant shitgibbons who have confused their lack of convictions with having a personality.

But what I mean by "edgy" is equally plastic. The venue (magazine, anthology, whatever) is going to have a certain "view" of the world. Could be liberal. Could be conservative. It might not be overtly political at ALL, but could be skeptical or spiritual. Or maybe it's none of those things but it's aimed at younger audiences and stays away from adult themes.

Whatever's going on with a venue, no matter how into radical, boundary-pushing, groundbreaking art they think they are, it will be possible for you as an artist to step that one step beyond what they find acceptable––even if that is because you are a square-ass status quo defender. If you're gender essentialist, you may find that certain intersectional feminist outlets find you far too TERFy. If you drop the F-bomb too much and your story is all about oral sex and mescaline, more traditional venues might not want to pick that up. If you talk about sex as between a man and a woman in the holy bonds of matrimony (and that's not the opinion of a character who gets impaled on the tip a rocket ship in the climax), you may offend pretty much everyone who isn't Pat Robertson.

I don't mean something deep and profound about your writing voice by this either. This isn't the editors sitting around and saying, "No no no. Zis writer juzt doez not have ze right....jais ne sais quoi."  (In my mind, all gatekeepers are outrageously French.)

I mean you literally might not have the right voice.

A venue dedicated to gender parity might have no more space for men. Or if it is trying hard to incorporate wider representation among its writers, it might take a pass on something from another white person. Or they might be trying to get stories from all over the country, and the west coast sent in ten times more submissions. Who even the fuck knows what goes through the minds of the outrageously French.

And, as if that weren't enough, some of this isn't even about authors OR your jais ne sais quoi. (To get the proper effect, say that in the most anglo accent you possibly can.)  It is as shallow as a the not BFF friend in a romcom. I mean they may turn around and say, "Jeeze we already have three stories in a distant first person." Or they may say "We already have two stories where it turns out to be from the point of view of the aliens."

5-You just got edged out

There was nothing wrong with your story. In another timeline you are published, you won the Bat'leth tournament, and gatekeepers are mostly outrageously Welsh. But in this timeline someone edged you out. The publishing business IS a business and whether it is books per fiscal year a big five house can crank out or the page space in a literary review with quadruple digit circulation, they only have so much they can say yes to. There was just something else that was shorter, a better fit, a closer ideological topic, a more compelling voice, or yeah....maybe even just a little bit better from their point of view. It doesn't mean yours was BAD. The traditional publishing world is a little cutthroat, and you're not up against how good you are; you're up against everyone else who sent in a submission.