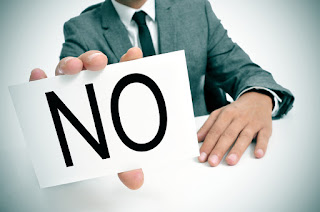 Not in the good way with smoldering eye contact and a few smiling winks. More like having your solar plexus side-kicked by the Taekwondo instructor who is just the tiniest bit tired of your mouthy bullshit every class.

Most starting writers are firmly under the impression that the only thing that will matter in a submission will be the epic-ness of their totally bad ass story. (“It’s about this farmer going up against a dark lord, but it turns out he’s the dark lord’s KID! And I’ve invented this really intricate magic system…..”)

Let me ruin this impression like the Remnant ruins the family trip to take a picnic out from the city and stargaze that one fateful evening on Hosnian Prime.

I’ve worked on the other side of this equation several times. Receiving hundreds of submissions as a managing editor of a literary magazine, and hundreds of submissions from readers each time I’ve asked for guest posts. First of all, even if your story is as awesome as you think it is (and you should check that with several people who aren’t trying to sleep with you), the things that get most submissions tossed into the trash without even being read have nothing to do with content, your brilliance, and certainly not your worth as a human.

And even if they don’t just toss your shit straight into the “round file,” there’s a pretty decent chance that you are going to get rejected. Often this has nothing to do with the work’s quality (even though often it does), and writers would do well to keep some of the concerns of venues in mind before internalizing every rejection.

Honestly I could just put this and drop the mic. EVERYTHING else on this first list is going to be a special, particularly ubiquitous example of ignoring the submission guidelines in some way.

I know what you’re thinking. “But I’m special.” “But I really need to.” “But these guidelines are so arbitrary and nonsensical. Surely it doesn’t REALLY matter.” “What the hell does this have to do with how awesome my story about the farmer and the dark lord is?”

It does. It does just because they get ten times more submissions than they can possibly even read (that’s READ…not even approve) and seeing how well you follow directions on a submission guideline turns out to be a pretty gosh-golly decent way to tell if you’re going to be a fucknugget about every other aspect of the professional relationship they enter with you. Are you going to ignore them if they send you edits? Are you going to be too good to make a recommended change? If they need you to get back to them with some information, will they hear from you in time before they go to print? Right now, you’re showing them if you’re a team player or a ream slayer. (#Idontactuallyknowwhatthatmeans)

Follow the submission guidelines to the letter. Exactly. Precisely. Unerringly. If it says no more than 500 words, don’t send in 501. If it says to put your last name in every upper right-hand corner, don’t put it on the left and think that’s pretty good. If they tell you to number your pages, number your fucking pages. If they tell you to put a hand-crafted picture of your favorite Cheat Commando in the top left corner of each page, you better get good at drawing Reynold. If it asks for a 125-word bio, don’t send one sentence stating that you live in California and have two dogs. If you must ignore the submission guidelines (and I really, really, REALLY don’t recommend it), acknowledge what you’re ignoring. At least let them know that you saw it and you’re not just ignoring it because you couldn’t be arsed. Explain why you need to break them, and cross your fingers. Usually it’ll have the same result as just ignoring them completely but maybe you’ll get lucky if everything else is in order and they like it.

Don’t get fucking cute. Even if you ARE totally fucking cute (like me), your submission will be in the garbage before anyone has time to discover your cuteness if it looks like you ignored the formatting guidelines.

Use margins. Keep it professional. Use whatever font they require and Times New Roman if you’re not sure. If your story is supposed to be a formatting nightmare as part of its content, submit it according to the guidelines, describe what your actual formatting will look like and have a sample page of it far from the front where it’s not the first thing anyone will see.

No one is going to edit your shit for you. Not until you’re their big fish client and getting your books to print ASAP means big money. Until then, rest assured that the wrong “its” is going to be like a giant flashing marquee that any damn one of the other three hundred submissions they're going to have to look at anyway is probably a better piece of writing.

Everyone knows a typo or obscure comma error is going to slip past even the most vigilant writer and even if they hired a professional editor to proof their copy before submission, but if it’s a trash can fire, they won’t even get to your cool farmer v. dark lord story. Most have rules like “If I see an obvious mistake on the first page, I just assume the story has the same lack of care and attention and toss it.”

Is that prescriptive and gatekeepery and privileging of certain voices and completely emphasizing the entirely wrong aspects of writing?

Can I do anything about that?

Welcome to the party, pal.

One word: don’t do this shit because it’s a lot more obvious than you think, and it shows you don’t have the slightest respect for what the venue is looking for.

If your masterpiece is ten words over their limit, find ten words to cut. If it’s 100 words over, cut a hundred words (it’ll be heart wrenching to do surgery on your baby, but it’s easier than you think and your story will probably be tighter for it). Most writers write too much and can probably make cuts on the order of about 20% of their word count, and still only be improving their prose and pacing. Around 25% and it starts to get really tough; you should probably submit to another venue. 60k words is not a short story. 200,000 words is not a novella.

5- Complaining about other venues/agents/the publishing industry

“I have submitted this to twelve other places, but they don’t know what angels printing money looks like. This is a gold mine. Can you believe they said some bullshit about farmers and dark lords being so eighties. So I’m turning to you.”

First of all, can you see how this kind of reads like “I asked every other person to the prom, but they said no, so I guess I have to settle for your ass.”

Secondly….you don’t want them to know how many rejections you’ve gotten because they’re going to start to think these 12 other venues maybe were on to something.

Lastly JFC, fortify a little bit. This is a steel-alloy-hard industry to break into (I totally spent 12 seconds looking “the hardest metal” up on Google, so be impressed––it would be chromium, but that's brittle), and we all know it. But fucking persevere and shit. If you whinge out some self-pitying diatribe about how your genius goes misunderstood and then start shit-talking every other publisher or venue, the first thing any editor is going to be thinking of is how you’re going to behave about THEM should your professional relationship go south.

Even if you happen to be talking about systemic problems within the publishing industry and not just sniveling that “it’s haaaaaaaaaaard,”  there is a time and a place to examine the inequity in the publishing industry (racism, sexism, and hetero-patriarchy of gatekeepers) but that time is probably not while you’re handing them a submission and that place is probably not TO the gatekeepers who you want something from. ("Hi. Have I mentioned you're all a bunch of racist choads? Anyway, here's my book.")