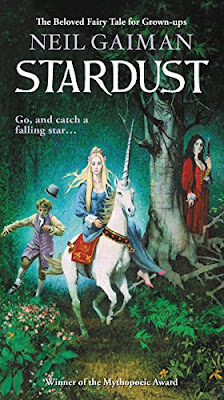 Because we don't need to run any semifinal rounds, this poll will be up until mid-September (when we will start taking nominations for our Spooooooooooky Halloween poll: best horror). That gives you time, but it'll go faster than you think. Vote early. Vote often.

ONE: this is about BOOKS. If you loved the recent Good Omens miniseries, but you never quite could get through the book, then please vote for something else.

TWO: a lot of really good books did not get enough nomination "seconds" to make it to the poll. I know these were some of your faves, and there's going to be some "HOW CAN ANY POLL NOT HAVE," but these are entirely reader response polls and thems the breaks.

I'm told if you're on mobile you have to click "webpage view" then scroll alllllllllll the way to the bottom, you can find the poll.