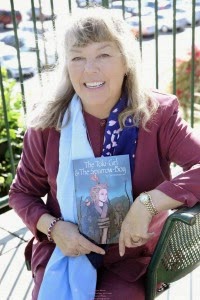 Where’ve I been for the last few months? Reissuing The Toki-Girl and the Sparrow-Boy series, along with bringing out The Dragon Sisters, book 6 in the series. That’s where.

Why did I do that?

It’s not just that I ran out of cover options with the old art. It’s not just that, at six books, I needed a universal style sheet, glossary and character list all located in one place. Those would be normal in the production of a book series. Nope. It’s that the publishing industry has changed a lot since 2014, when the first book in this series appeared.

Every writer now has to rethink the entire mechanism of publishing.

What happened, you say?

First, the Big 5 Traditional Publishers started raising prices to usurious profiteering levels. $25 for an e-book? COME ON. But the “experts” say I’m supposed to give mine away? (Not happening.  Either one.)

Second, the “fleece the author” industry grows geometrically every month, with all sorts of products and services you simply MUST have. (No, you don’t.)

Third, Amazon has become a strong player in the “fleece the author” industry by making their ads a crap-shoot. Bid for what you pay for clicks? For ad placement?  Huh? They are also ramping up to charging — this will happen very soon — authors to list their books on the Amazon platform. They already have instituted a “delivery charge” so authors get lower royalties. What’s next?

Fourth, Amazon refuses to discount or set up a return system so that physical outlets simply won’t buy from them. Amazon is now solely a direct to consumer marketplace. This has led Baker and Taylor, the other real catalog from which bookstores, schools and libraries buy, to stop listing anything published on the Amazon platform — this JUST happened. This leaves Ingram Book Company as the only game in town. Ingram already charges listing fees — although this year there are promo codes to get out of them.  I wanted to move SIX books over there before I got charged $49 plus a pop to do that. Ingram also sets your prices. Not terribly high, but higher than I wish, in some cases, I had to set them.

Fifth, Barnes and Noble just got bought out. This, too, JUST happened. Whether this means it’ll go under or somehow be salvaged remains to be seen, but this means outlets for physical books are going to change even more.

Sixth, rounding it off at an even half-dozen, Facebook, a major marketing platform, stopped showing posts to more than a few of your signed up followers unless you pay for ads. And they also do this lottery ad pricing thing.  So it’s not just pay to play, it’s pay more to get on the field, MORE to get a ball, STILL MORE to maybe get picked for a team, and MORE YET to maybe play.

I’ve gone back to school in marketing and advertising.

This has led me to commission new covers and jacket copy designed for a new kind of consumer. Needing to list the books on IngramSpark, now the only game in town if you want world-wide paperback distribution for stores, schools, libraries and people — something my books require. Using an aggregator to make sure I get world-wide marketing on ALL the platforms, not just Amazon. Using Amazon in the US only, because they’re the biggest retailer in the US, so I have to.

I suspect Amazon is going to start penalizing its readers as it has done its suppliers. I don’t have much evidence of this, but I hear little bits of information from people who sell non-literary products.  I want the versatility to be OFF of Amazon entirely. I suspect this may be in the future.

Want to see what I have done?  I hope so, because it’s cost me thousands and taken about 4 months of 12 hour days — not counting the actual writing and editing of The Dragon Sisters.  Check out www.tokigirlandsparrowboy.com.  Look at the listings on whatever retailers you frequent. We’re still in process of getting up on all e-book and on-line physical retailers as of this writing, but that should be done in a couple of weeks, with universal links up on the website.

And then give some thought as to whether you REALLY want to be a writer.


Also check out Claire's blog and FB page and available books here (book one in the series is always free!!!):http://claireyoumansauthor.blogspot.com
www.tokigirlandsparrowboy.com
Facebook:  The Toki-Girl and the Sparrow-BoyAmazon:  http://www.amazon.com/The-Toki-Girl-Sparrow-Boy-Claire-Youmans/dp/0990323404/ref=cm_cr_pr_product_top?ie=UTF8

If you would like to write a thinly veiled promo for your own work guest blog for Writing About Writing we would love to have an excuse to take a day off a wonderful diaspora of voices. Take a look at our guest post guidelines, and drop me a line at chris.brecheen@gmail.com.
at August 09, 2019