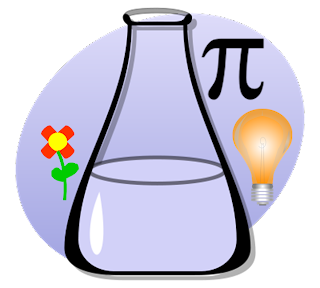 I extend my apologies to the readers of Writing About Writing.  I spent most of yesterday and today in high level meetings with The SciGuy.  It seems we had another bad advice article that our evil guest blogger tried to slip in on top of us.  The SciGuy’s new firewall coupled with his l33t hacking skills a morning he assures me ran just like a scene in Swordfish or Hackers because those are totally realistic portrayals of computer security and prevention.  He said there was an attempted hack that he was able to stop, but he’s not equally convinced of the physical security in the building and that our evil blogger won’t just be able to walk into any office where someone hasn’t logged off properly and proceed to upload another one of those harmful articles.

He suspects we’re about to get hit again.

Well, technically those weren’t his exact words.  His exact words were:  “You have an evil clone--who’s already kidnapped one person I might add--skulking about the labyrinthian basement beneath the compound in a Phantom of the Opera mask who has sworn a Shon’kar blood oath Narn-style to succeed in everything at which you’ve failed, a random balding dude apparently living on the third floor who has an obsession with cheese, unceasingly distributes samples of it to the entire staff without the slightest suspicion, and apparently has an unending supply, the source of which we cannot account for or verify, the cafeteria cashier is a terrible spikey monster named Grendel whose even more terrifying mother works in the kitchen, and your personal assistant is an inter-dimensional alien from a world whose species dedicated their every resource as well as a sizable fraction of their population to destroying you--that’s you personally, Chris...you....PERSONALLY--because your writing is so pretentious they could not suffer you to live.  Not to mention that most of your guest bloggers are reprobates of questionable character swimming in an ocean of their own addictions and disorders and would sell you up the river in a heartbeat if it meant getting a gig at a better blog.  Plus you have a compound with thirty-seven possible points of ingress--and that is if we ignore the ones from below or from other dimensions--and you don’t lock up at night because you think that Michael Dukakis doing janitorial work on the graveyard shift will ‘keep undesirables at bay.'  This place could be part of a security training video.   So yeah, I think if our friend fails to hack directly into the blog feed, there are exactly fifty billion other options of infiltration.

I blinked.  “Hey, Cedric is a stand up cephalopod.  Don’t diss my peep.”

“Well that makes you a racist, doesn’t it?”

“Speciesist actually.  And I don't care.  I’m not ashamed of being dimensiono-centrist in my views--even if it makes me a small person.”

"Neither did you," he smiled--though his smile did not look very kind.  "And I'm probably a security risk to you too, if you take my meaning."

The SciGuy blinked twice.  “How you manage to even get your shoes tied in the morning is beyond me.”

“I wear sandals,” I said. “I had some trouble with laces after I moved away from my mom.”

“Okay, well, that explains some stuff.”

Not sure what he meant by that.


By the by, if you want to see a LOT of Star Wars puns (and I mean a LOT of them), you should head over to my Facebook page and enjoy.  They start on April 6th and run until the 9th.  The random impulse to have a Star Wars Pun day, quickly turned into Star Wars Pun weekend, and then grew even beyond that.   The pun just kept on going.  So unless you are strongly opposed to pun-ishment, hop over there and get thee to a punnery.
at April 09, 2013