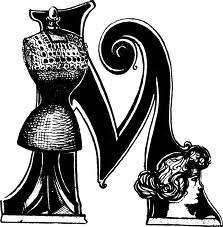 Main Character- Protagonist.  The most important figure in a novel, short story, poem, or play.  This is the character most likely to get offed in the next chapter of Game of Thrones.  While the main character is often the focalizer, sometimes the later is more an observer of the former (as, for example, Nick Carraway's character in The Great Gatsby).  In many modern works of fiction, in genre fiction, and in literary traditions other than English, a single main character is often nearly impossible to identify as the story is told through several characters of equal value.  English speaking culture is nothing if not preoccupied with who the most important person is in any given narrative.

Memoir- From the French, meaning "memory."  A first person writing about an event.  What many people expect to write as a way of filling their retirement.  Usually undertaken with the mistaken assumption that their wild youth was wilder than others.  Though used synonymously with autobiography, memoirs are actually a sub-genre of autobiography that narrow their focus.  Rather than detail the events of a life, a memoir might focus extensively on the stories involved in a single milestone event or only a few years of time.  My own memoirs focus almost exclusively on how the quest for groupie threesomes forced me to be a better person.

One of the reasons memoirs rarely sell unless they are by famous people or superb writers is that they are essentially just gumtoothed navel gazing.  ("Back in my day, I could buy Jenny Peterson a pop for only a quarter, and let me tell you, her angelic face reminded me that there was still good in the world....")

Metaphor- A figure of speech that compares two unlike things.  Usually the more common thing is used to describe the less common thing.  Delightful metaphors are a cornerstone of imaginative writing, but clumsy or cumbersome metaphors tend to draw attention to themselves in an awkward way.  ("Chris's 'Creepy Guy' article was a spreading fuzzy mold across the room temperature yogurt of Tumblr.")

Generally, if a comparison uses "like" or "as" it is considered a simile instead of a metaphor.  ("Chris trusted Reddit like James Bond trusted ex-KGB agents not to sell him out at the first opportunity.")

Mood- An overarching feeling that comes from a literary work.  By using elements like characterization, setting, imagery, and dialogue a writer can shape the feel of their work to be tense, suspenseful, funny, horrific, idyllic, light or even melodramatic.  Writing About Writing's somber mood of gravitas comes not only from deeply profound entries like my two toy dragons having an egg, but from the fact that every time I mention groupie threesomes or choad monkeys, it is only with the most sincere reverence.

What is important for writers to understand about mood is two fold.  First, mood plays an important role in a written work whether the writer intends it to or not.  Unless you are attempting (and it would be difficult, at best) to create an absolutely neutral mood by describing everything clinically, mood is probably going to exist one way or another.  A writer should make sure (usually during the revision process) that the mood of a piece matches the story. There will be a strange discordance in the overall effect if the two are not aligned.  It takes an experienced reader to even be able to notice this.  Few things are more odd than a light hearted whimsical mood in gothic sci-fi horror.  A well done mood can often make a piece feel particularly satisfying.

Secondly, a writer has only their words to convey mood.  In other art media, mood can be conveyed through a soundtrack or with camera angels (film or A/V media) or through the use of color (visual media).  A writer only has words.  Everything from word choice to sentence length to the pace of the narrative will contribute to the feel of a work.

Motif- Similar to theme.  A noticeable element or formula that reoccurs throughout literature.  The motif of "The wise crazy person" or "the loathsome lady" (who turns out to be beautiful) are fairly common motifs in literature.  Carpe diem is a motif very often embraced by poets.

It might be fair to call motif a literarily acceptable trope/cliche.

A motif can also be a revisited image within a single work.  Death of a Salesman employed a number of motifs, each signifying different themes.  The flute tended to be a reminder of an idyllic past, and the shoes brought up themes of lost opportunities.  Groupie threesomes, and my endless quest for them is a very visible motif here at Writing About Writing.

Myth- A story, true or invented (often from the ancient world, but not necessarily), that tries to explain certain aspects of nature, human nature, the state of the universe, to provide a rationale for social mores and cultural values, and to sanctify the rules of a given culture.  Everyone thinks most myths are preposterous, completely inconceivable stories constructed by man to try to explain things beyond them.  Of course, when it comes to their own myth, they call it "the truth," and they completely lose their shit and sometimes are even willing to kill people who have another myth.  But before atheists get too "Atheist Pride," they should know that though religion is certainly one kind of myth, even atheists have myths.  Every culture and sub-culture has myths--be they religious or non-religious.  It's almost like telling a story about the way things are is part of the human condition or something.