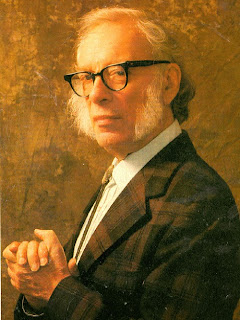 Who is the BEST classic science fiction author.

So our newest poll is live. The poll itself is at the bottom of the left hand side menus.

This is an author poll, not a book poll. Consider the author's whole career and all the books they've written.

HOWEVER, our cut off is 1970, and authors are notorious for continuing to write all their lives and not simply quitting on round numbered years.  That means we have several authors who straddled the divide.  Please consider only their pre-1970 works in whether or not you vote for them. So if you love Clarke mostly because of the Rendezvous with Rama series, please hold off voting for him until we run our contemporary science fiction author poll (next month). I'm not going to police this--anymore than this reminder. But several authors like LeGuin and Clarke might be instantly recognizable science fiction names but often wrote the majority of works for which they are recognized after 1970.  (Of course Left Hand of Darkness is a pretty remarkable exception in LeGuin's case.)  Asimov is pretty much half before and half after, so consider whether you like his earlier or later work better.

I dropped all the authors who didn't get at least 1 second.  It's still a pretty long poll.  Lots of great authors didn't get nominated and yet the names on the list are still giants. A couple of people tried to nominate two or nominate post 1970 writers so I didn't take those nominations and made their "seconds" actually their firsts (and thus they didn't make the poll).

Yeah, it's a bit of a white sausagefest, but that tends to be what happens when someone says "classic."

I'm going to try something a little different.  Everyone will get five votes (5).  That's a lot of votes, but before you simply vote for your favorite five, consider that you somewhat dilute the effect of each--as there is no ranking of those five votes. So if you have a genuine favorite--or pair of favorites--it's better to use as few votes as possible.
at December 04, 2013