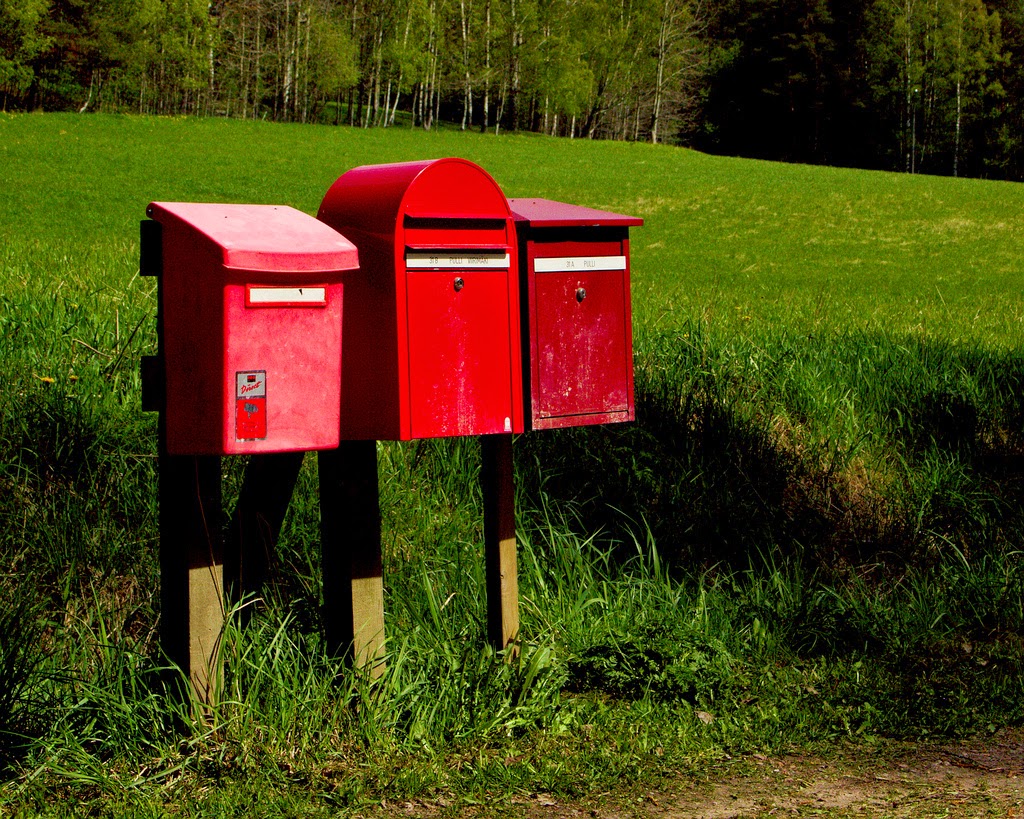 I keep losing what I've written!

[Remember, keep sending in your questions to chris.brecheen@gmail.com with the subject line "W.A.W. Mailbox" and I will answer each Monday.  I will use your first name ONLY unless you tell me explicitly that you'd like me to use your full name or you would prefer to remain anonymous.  My comment policy also may mean one of your comments ends up in the mailbox, but likely only if you ask a question. Give me more questions and I will do more mailboxes!]

Note: We almost have enough questions to start doing two a week. Keep sending them in, and I will start writing a second mailbox each week.

Hello!  I asked a question awhile back about how to get more written.  I found your advice to be helpful, so maybe you can help me on a new but related problem.

I was writing a fantasy book.  I was getting pretty far.  I was writing every day, but in order to do that I couldn't write on the same computer so I had my work saved on a jump drive*.  I left the jump drive in my jeans, and it got washed, and all of my work washed along with it.**  I mourned the work.

So I then moved on to writing only on my laptop, figuring it would be hard to lose and/or wash the laptop.  I couldn't do the fantasy, so I worked on another piece instead.  The laptop seized up for no reason- total hard drive collapse.   I switched to my desktop, and wrote only at home,  I was writing less, but still writing every day.  That also failed, and wiped out all of my work.

So, aside from feeling like I am under a bizarre [redacted] curse, I'm wondering how to recover that work from my brain.  I write stuff down, but it feels like a summary of the stuff I've already written, not the actual words.  I don't exactly remember the key phrases, or blocking, or any little term of art that I had used.  For instance, at one point in the story I'm having my protagonist ineptly fight a wolf.  I got my spouse and a easy-going friend to block out that scene in person, so that my description would make sense and so it would actually be clear what was happening.  They both agreed it sounded really good.  But now I can't remember it at all, and I worry that even if I have them block it out again, it won't be as good.  Writing is harder- it has never been particularly easy but now instead of creation it feels like I'm trying to write down someone else's work from memory.

Any thoughts on how I can recover my work?  Or at least how I can get my flow back?  I want to write these pieces, but I'm afraid I'm just going to have to let them go.

First of all, I'm really, really sorry. I know how frustrating and deflating this experience is. You can flip tables and chase money lenders around with a whip all day, and it still doesn't help calm the rage.

A little over a year ago, I discovered that everything I had been saving on Dropbox was gone. I had old copies on a USB drive, but they were actually so old that modern incarnations of MS Word would not actually open them. (I tried programs I downloaded online, old computers, everything. I could not get these files to open.) I was able to painstakingly copy and paste chunks of the one major manuscript, but to get it all would have taken hundreds of hours. I spent a couple of days in bed. I ate every fried thing or ice cream that had ever been made by the hand of man. Ever. I questioned whether I should bother trying to keep on writing.

I feel your pain. In a deep, sincere, Bill Clintonion way.

So there are three "levels" of reply here: the pragmatic, the existential, and the artsy fartsy.

Cloud tech is only a few years old, so if you can't use it, that's okay. I wouldn't hang your hopes and dreams on it anyway. I use it. I recommend it to anyone else who is reading at home and can get online. Google Drive is even free. Don't worry Antigone, I'm not ignoring you. I'm just talking to the other couple hundred people that will probably read this article. Read on....

However cloud tech is not panacea, and not everyone can use it anyway. It requires online connection which is not easily available to everyone. Plus, as you can see from my own experience with "The Fuckupyourlife Dropbox Cloud, I wouldn't recommend it without redundant back up anyway. So if you can't cloud for whatever reason, just skip the cloud step, that's all.

And that might sting, but not as much as losing months or years of work.

The other thing that can be useful is to go old school and print out. (It's so old school, the school's been condemned and is primarily used by local youth for make outs) If you have a hard copy of your work sitting in a drawer, you might have to retype it, but that's better than having to start from scratch.

Unless somehow you wash your USB, but then plugging it in causes your computer to explode in a shower of sparks that burns your house down, you should be okay.

Nothing is gone forever.

I don't mean that in a circle of life, energy and entropy, science-can-be-deep-too kind of way either.

There are two things that even the most absolutely complete data loss can never, ever take from you. One is the experience of having written it. You improved. You developed. You got better at the act of writing and the process of creativity and the skill of putting your thoughts into language. In a very real way, you're a better writer than you were when you first wrote your story. No amount of lost words can take away your development as a writer–especially if you've been reading a lot too. The reason a forty year old writer is better than a recent high school graduate has nothing to do with an accumulation of twenty years worth of text files.

The other thing that will never leave is your good ideas. They're still sitting in there. And while you may think you've forgotten all the stuff that happened or how you worded something, you will be able to reconstruct that pretty easily. Yeah, you forget a lot, but the really good ideas will stick with you.

In fact, in some ways, it's good to lose data like you have, Antigone. There are even writers who would suggest it. I know it probably doesn't feel too fucking wonderful, but it might be the difference between a good draft and a great one. It sounds like maybe you fell a little in love with your draft's description, and that's always a dangerous place for a writer. Several famous writers actually don't do the thing where they write down EVERYTHING, trusting that bad ideas will fade, but good ideas will keep coming back in some form or another.

Your writing might be a lot better for it, actually. Whether it's clever turns of phrase that aren't actually that clever or shoehorned moments, often a lot of that first draft needs to go. In a lot of ways, losing data was great for me. I know the basics of what happened in the stories I lost, but I'm not fettered to the writing level I was doing 10 years ago. If I rewrote them today, they would be considerably better.

It seems like you're trying really hard to just rewrite exactly what you wrote before. Not only will that be basically impossible, but it might be worth looking at the loss as an opportunity to make certain scenes even better.

Approach your rewriting like you would a fresh chance to make them even better. If you had a scene blocked out and now you're not sure how you described it, consider how to write the scene even better than before. Don't marry yourself to trying to reproduce your old work. Rather try to take the bits you loved and write an even better new work.

These are the moments that decide us, Antigone. The trials and tribulations we fail that leave us in tatters. These are the points where it is easier to quit–the fires in which our artistry burns to powdery cinders or becomes foraged like steel.

It is so frustrating to lose that much work, it can almost feel like part of a lifetime has been taken from us, and it is a moment of brutal self-reflection. You face that undeniable truth: it is going to be easier to quit.

This is where the shit gets real. 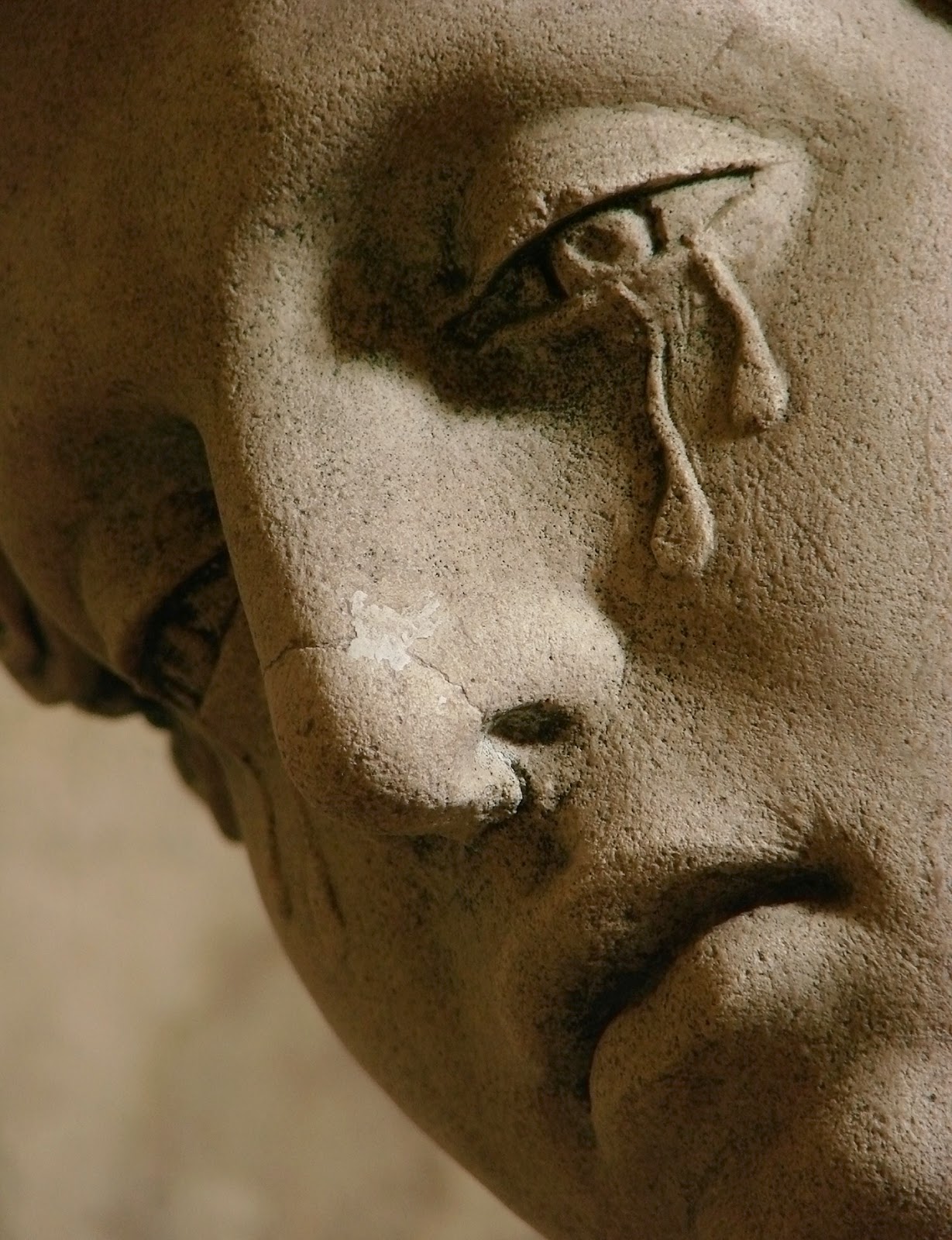 When you are facing that moment where all your work is gone, you have no sense of progress or accomplishment. You can't pretend you're getting somewhere. You have nothing to show for all your effort. It's just you. There's no "we've come this far," anymore. There's no "we might as well see it through." There's no "maybe something will come of it."

Will you keep writing?

For me, what pulled me out of bed and put me back in front of my computer was not some sense that I could rewrite what I had lost. It was not a feeling of getting back on the horse. It wasn't a platitude about my skill as an artist having grown and nothing truly being lost. It wasn't a strategy about a triple-redundant saving plan that would prevent further data loss. It wasn't the sense that I could rewrite what I'd lost to be better. 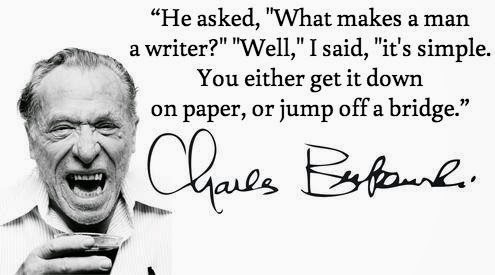 If you can walk away just because some writing has disappeared, maybe you should. Cut your losses. Call it a day. Chances are so slim that you would have gotten rich or famous that it wasn't worth the work the first time, never mind the second. On the other hand if you're writing because you burn to write. Because it inflames your soul. Because that story is inside you and it's dying to get out. Because if someone burned your pages at the end of each day, you would still write anyway. That's when you know you have to stick with it.

If you can't walk away, just sit back down and do some writing. Forget about the story you lost for a little while. Write other things. And if you're like me, some stories will be happy to go quietly into the night without much fanfare--those were stories you just weren't really dying to tell. Don't worry about them. Better to focus you passions elsewhere, and trust that little bits and pieces of that story that were really good will work their way piecemeal into other stuff.

But some stories.....some will return to you and start scratching on the inside of your skull to be let out. They won't stay dead.

It's sort of the writer's version of "If you love someone, let them go...."