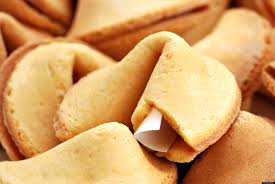 Writers would probably mind far less that folks argue with their advice about how to succeed (like writing every day) if they didn't get hit up so often for exactly that advice like they'd done something magical that required a trick.

If you're going traditional publishing, get an agent. I don't know how much simpler to make that advice. They'll pay for themselves, give you editing advice on what to change to get sold, and keep you out of some bleary-eyed intern's "slush pile."


We all have to decide our level of involvement and give ourselves enough time to be human that we don't hit points of limited return, but it is probably no coincidence that generally the people who are making a living writing are usually the ones who overdo it....at least a little.

If you like this blog, you should probably drop a buck a month* on its Patreon, so I can keep writing it without needing 30 hours a week in side gigs just to keep the lights on. It'll mean I write more!
(*Or more!)


In a capitalist economy, all artists who want to survive by doing art have to promote themselves. An artist with no reach might be a genius but they will still be hungry or teaching typewriter maintenance if they are too good to get out there and sell themselves. And whether you pound the pavement begging bookstores to put copies on consignment, attend every literary even to make a name for yourself, or just find your audience on social media, it's work––just like everything else in this business.

You can get stuck easier than you think doing something you don't really want to do because you're in a job that's "technically writing" or because you think "it couldn't hurt" your professional development to take every opportunity. Be careful.

Talent might be real, but good luck even defining what it is, never mind ever seeing it make half the difference in your writing that hard work does.


Actual, Literal Protip: Don't trash the collaborators who make your book come into the world with things like cover art. They worked hard too, shit like that goes viral fast, and it'll probably do your career some very real damage.

Most people absolutely, positively love writing more than anything....but not that much.


Fanfiction is done for the love of writing. It's done for the fun of creation. For the enjoyment of the craft and the characters and their journeys. It is done without regard for payment of any kind and often despite social censure from judgemental little snots who paint them all with the same brush and call them parasites, but who, in all likelihood. aren't doing half as much of their "real" fucking writing. Hating on fanfic is like so much elitist twaddle that belies the fact that its own supercilious snobbery is unable to feel superior without tearing something else down. It's the same "I don't read that crap" all over again repeated (loudly and often) as a marker of class and sophistication by those who don't want to be seen enjoying something "beneath them."


Think about all the writers you know––I don't mean personally know, but all of the writers you're aware of. All the writers you can imagine. In all the world. Not just working writers but the hobbyists, the bloggers, the poets, the trade writers, the journalists, the ones gearing up each year for NaNo or toiling away with unsatisfied ambition. Everyone with a self published book or a single title they wrote through a small press. Hundreds of thousands? Maybe millions? Now imagine the writers on the shelves with names you recognize and careers you want to emulate.

BUT HERE'S THE CATCH--NOW GET RID OF ALL THE DEAD ONES.

How many are left? A few hundred? Maybe a thousand? It's fine to write exactly as much and as hard as brings you bliss, but keep this in mind when you manage your expectations. This is analogous to being an olympic athlete of the writing world–one of the world champions of our age in writing, and those folks don't get there by training a couple of hours on the weekends when they are inspired.