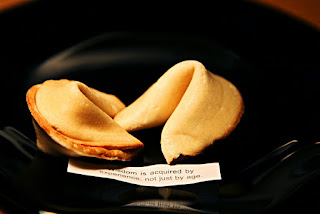 They might be a little stale, some are clearly other advice that I've only reworded, and the worst part is that adding "in bed" doesn't always work. Plus many of them would require fortune cookies as big as your fist and/or writing you need a magnifying glass to see in order to actually fit in a cookie.