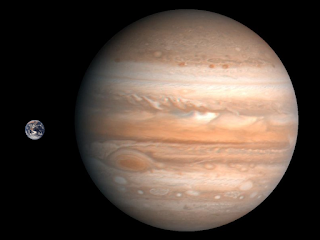 My new schedule does create one very special problem. The little posts that I used to use to fill in the cracks on the slow days are kind of backing up like the caseload of the recruitment officer for the White House employment positions under the current administration.

(Good one. Not forced at all.)

Where I would normally spackle in the cracks of a week between "hefty" articles with a call for nominations or votes on the latest poll or a personal update or something meta or whatever monthly blog admin business needed to get done (like "The Best of Last Month"), now that Tuesday, Thursday, and weekends are completely off because I'm trying to be kinder to myself and focus more energy on fiction, I find these posts getting backlogged.

So....we may periodically have to knock several of these things out in a single post of splattered miscelanea.

(That is the most specific title in the history of polls.)

What is the very best genre book or series that is not sci-fi, fantasy, or horror and was written by a woman or POC or member of the LGBTQ+ community that is from 1997 or earlier?

Please check this post if you have any questions about the limiting factors of this poll.

All the rules are here. This is also where to leave nominations and seconds.

Have you ever found yourself wondering how one of my polls could POSSIBLY have neglected X or Y title or missed out on your favorite author? Well the answer is because I just put up what gets nominated and you have to pop by and nominate if you want your fav on the poll.

I'm still not able to work that much.

I'm trying to be transparent with you about why the downturn in posts. I suspect we're going to miss a few more before this is over. The air quality where I live is SO bad that even inside and even taking it easy, my eyes start to sting if I sit on the computer for more than 10-15 minutes. I can't walk down to my car without coughing.

It's actually been kind of shitty emotionally/mentally too because that 10-15 minute time frame is perfect for checking FB way too much and I'm getting sucked in on stuff I try to limit these days. We're still so fresh from the midterms that it seems like pointing out things like "misogyny exists in the U.S. Congress" just ends up rolling into a rehash of the 2016 Democratic primaries. Because that's how liberals ROLL, fuckers. Anyway, it's been a shitshow.

I've ordered a filter for my room since this is the new normal and I have a vaporizer cranked as high as it can go to help. Most of the places I called to just go BUY one were out of them (for reasons a moment's thought will make obvious) so it's still going to be a couple of days.


The Best of October

These are the best articles from the month of October. They'll be going on to our Hall of Fame.

The Buy Me Lunch Answer About My Gender I'm not looking for a label, but the one society gave me isn't quite right.

9 Writerly Things No One is Going to Give You (But We All Need) [Part 1] Part 2 will be coming pretty much as soon as the smoke clears up and I can finish it.

Broken Mirror (by Shadow) Guest blogger Shadow's post about the power of stories and representation and the intersection that has with the kink community.

A Fortnight of Geekery

Interesting news. A slew of posts is coming that was originally hosted on another blog. They're not all entirely about writing though and some of them are years out from being topical, but I want to make sure they are safe and will be hosting them here.

Here's the story: I went to link something in a post I'm making to an old post I wrote for Ace of Geeks, and found the site was down. I knew they had stopped blogging, but I didn't realize the whole site could go down.

Panic set in, as a few of those articles rank high among my favorites of all time and one (though I now know it was outrageously self-indulgent) was probably about 30 written pages of some of the best pop culture analysis I've ever done. And for the next three hours I was looking through weird internet archives like The Wayback Machine and FB mobile archives that I found by hand typing in URLs. Eventually I managed to put together all the posts I would have been very sorry to lose.

(The universe tried to do you a favor, brah...)

The posting schedule will depend on the smoke situation. They might make for a good post on a M/W/F when I still can't sit down and write something. If things clear up, I'll drizzle them in on the off days. That way followers still only have to tune in M/W/F for the new (and totally-about-writing) stuff. Should take me a couple of weeks to get it all done.
at November 15, 2018