The Memory of the Polls: 2019 and Polls That Will Stick Around (Also Undersung Heroes) 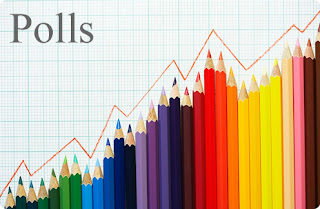 Note: This is going to be an article referenced many times in the coming years for the rules it outlines, so everything in italics is going to disappear after a couple of weeks.

There's so much good stuff coming up in 2019 that I spent part of today just trying to figure out where to start. I sent some company off yesterday and jumped right into one of my side gigs. And this weekend I'm going to start in on this backlog of awesome.

But first, it's already Jan. 10th and we need to get started on things like the year-end wrap up and our polls for 2019. (Seriously, I'm kind of wondering HOW I'm going to get all this done with only a 3-or-4-times-a-week update schedule.)

Before we move forth to our 2019 polls and a whole new dimension of our polling here at Writing About Writing, let me thank everyone for participating in an incredible year of diverse polls. 2018 was an amazing run of great polls that didn't include all the same cis het white guys that dominate most every poll of the type, and I got a lot of ammunition for my To Be Read list. And I only had to ban a couple hundred people, so it was pretty awesome.

Sticky Polls
Once upon a time we did our polls and that was that. You could dig through the archives and look them up or wait for them to come around again.

In 2019, we're going to combine the fact that we now have a decent-sized audience with the fact that you can really only run so many polls before you end up back where you started or trying to crack a whip to eke out a few more nominations on some woefully esoteric niche.

So we're going to start properly archiving the results of our polls.

Starting in 2019, there will be a menu. There will be a link to each the polls after they are done. Folks can see each of the old polls and who won, and even get an idea of when a particular poll niche might come around again. And when we do come around to a poll topic after a while (as seems to happen every couple of years with the popular topics), after a comparison, the new results will replace the old ones at the "top" of the menu, but with a link to the past iterations so the changes can be noted.

I will also offer up a place in our nomination from now on for undersung heroes. I find that many books or series nominated are done so not because they're the genre's "best," but because someone really wants to give a shout out to a book that they feel hasn't gotten enough positive attention. While nomination pages are often huge recommendation lists already, I'd like to start making that an organized part of the results of each poll.

As in, "Here are the poll results and here is the list of undersung books or series that folks have recommended you check out if you haven't already." This is to try and keep the polls themselves down between eight and twelve titles that folks agree are "best," and limit some of the nominations folks make just to try to get a bit of limelight shining on something no one seems to have heard of.

Here's the catch. A nomination for the poll will either get the necessary seconds or won't and if it doesn't, that's that. I assume most folks have heard of it, but it's not a contender for the best and it's not "undersung." An "Undersung Hero" will go on the list at the end of the poll, but won't count as a nomination and won't go on the poll.

And my worst new rule relating to this is that I will still only deal with two titles. You can write two nominations. Two Undersung Heroes or one of each, but I'll ignore everything after your second title.
at January 10, 2019