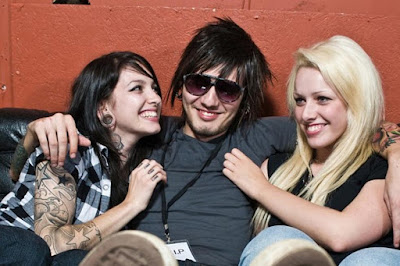 Reminder: I'm not famous. You probably haven't seen me on TV. (Particularly since I've never been there.)

But there are a few places where the edges of my life experience have begun to crinkle in that direction. I'm closing in on a million Facebook followers and though most of those people are there for the puns, and wouldn't know me if I were standing next to them comparison-shopping Skippy vs. Kirkland peanut butter at Costco, I've been recognized on the street, had my work recognized by fellow passengers on trains and planes (and technically automobiles, but usually those were my friends), had weird offers of marriage from strangers, have been sent unsolicited sex pictures, had people I've never met talk to me like we were old friends, had people who were not mentally well fixate on me and frighten me, and turned down an awful lot of offers to use my platform to promote someone else's work.

I'm going to say this now. I have a hard time calling myself "famous." Because A) I'm really not what you would call FAMOUS––more like English-speaking Q list Internet celebrity, and B) it just feels SO FUCKING PRETENTIOUS MY TEETH ITCH AND I CAN'T EVEN STAND IT!!!

I went on an OKCupid date on Friday (one week ago). This was a first meeting with someone who messaged me, which one of my friends calls the "actually-more-like-an-interview" date. Fortunately the clipboard and the "where do you see yourself in five years?" questions never came out, but I have to admit that description is probably more accurate than "date," when it comes to that very first meeting of someone you've only "met" briefly online. Trying to find out what people are into, what their plans are, if you can fit into those plans...or if you want to. And of course, the chemistry test. It may not be based upon any traditional bellwethers of attractiveness, and may be more about "connection," but it's happening just the same.

My "interview" didn't go well. I'd had a very tough week, was very tired, and the only reason I didn't flake is the fear that that would seem even worse. I was disengaged and I can't even count the number of Hagrid-esque "I shouldn't a' said that. I should NOT have said that," moments. (I kind of vacillate between thinking that I maybe just seemed a bit quiet and subdued, to being absolutely sure that I wasn't asking enough engaging questions, let her do all the conversation's heavy lifting, and clearly came across like a total narcissist.) And the less said about the half swallow of soda that decided to be brave, bold, contrarian, and venture off on its own direction exactly at one of those she's-looking-right-at-me moments, the better. At the end I dropped her off at the BART and she thanked me politely and slipped out of the car without another word.

A few of my friends are outright confused that I would ever put time and energy into online dating. Why would I take the time to fill out a profile when I can just wave my hand and summon attractive partners from all over the planet like a 1st edition 12th level Barbarian summoning a horde or something? ("Come to me HOTTIES!!!!!!! AAAAAAAAH!!!") Can't I just put out the word that I'm accepting applications and watch the resumes come pouring in? Can't I just flip the sign to "OPEN," spread my arms out and suggestively say, "Who wants in on all this?" Don't I just walk into social clubs and say "Do you know who I am?" and the maître d claps and two incredibly attractive people appear, as if from nowhere, and each take one of my arms.

Excuse me. Excuse me. Friend here. Sorry to bust in on this post. I know it's highly unorthodox, but I need to set this record straight. I never said any of this shit. I just said I didn't think Chris would have any trouble finding a date on a Friday night.

Thank you and carry on.

It occurs to me that most people don't really know how things do and don't change as some level of notoriety begins to take hold. People do recognize me and some clearly let who I am affect how they treat me. But it's NOT a consistent upgrade (like the VIP room of life or some shit) and it's often just as likely to alienate me as be a point of instant connection.

I don't know what it's like when you're the lead singer in an eighties hair band, but I'm pretty sure at lesser levels of "fame," it doesn't look anything like most people think it does. So here are a few things (not all of them necessarily about dating or romance) that I'm learning. Things I didn't know (and maybe you didn't either) about fame:

I've been in rooms where everyone is there to see me. That's fun! Let me just say that right away. It's a LOT of fun! They ask questions. They nod. They take notes better than my students, even when it absolutely was going to be on the test. I have to be present in the moment, of course, but I don't have to "drive" the interaction. I don't have to worry about if I was talking too much or wonder if the lull in the conversation was enough that I should definitely be the one to ask the next question about their pets or hobbies. If the thought of public speaking doesn't make you melt into a puddle of goo like that dude from Raiders of the Lost Ark, and have never had the experience of a room full of people asking you really informed questions about your work, I highly recommend it.

I've also been in rooms where absolutely no one knows who I am. At all. Even a little. They have no clue. At one point during Worldcon last year, I listened to someone near me reference something that the Writing About Writing Facebook Page had posted. They were talking about how well "that page" pulled in an audience, and I was just sitting five feet away chewing on my turkey sandwich with not-quite-enough-mayo (and wondering if the people who went everywhere with G.R.R. Martin who was NO SHIT sitting across the table from me were like friends who run interference when he just wants to eat his lunch in peace, handlers, or outright bodyguards). No one turned and looked at me. There were no knowing glances. Except for a couple of friends who I ran into, no one at the entire Worldcon knew who I was. And most of them probably wouldn't have known if I had introduced myself with a list of accolades like I was Daenerys Targaryen.

("Hello, I am Chris of the House Brecheen, the Seventy-Eighth of my name....that I know of from Facebook, The Poorly Slept, Admin of the Writing About Writing page, writer of the blog and there's an Instagram too....technically, Peon of Working Writers, Bard of the Social Justice classes, Protector of my client's kids, Regent of the Seven––"

"Look, dude, do you want one of my custom-made pens or not?")

The crinkly edge of fame means that I've only been recognized once or twice when I'm not walking into a place where my reputation might precede me, and I think most people who are only-a-little-famous have a similar experience. Not until they reach that top-level, A-list strata of fame will they be unable to go eat a bowl of fucking noodles without a "sighting." I'm not talking about Patrick Stewart not knowing who Sting is (which is a great story), but that unless you're in the RIGHT room, with VERY few and rare exceptions for the über-recognizable folks who work in front of cameras, most people still won't recognize you.