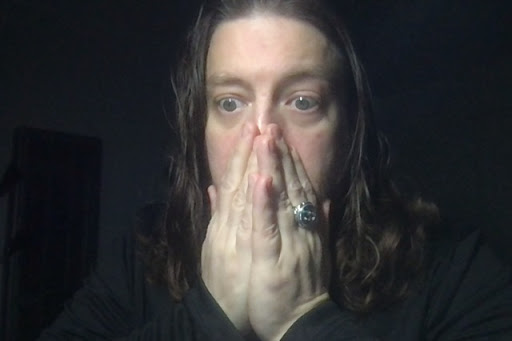 I normally don't post on Wednesdays, but I have a LOT of these to do in order to catch up to February. I also spent Monday (normally a pretty productive day for me) making THIS face in absolute shock and gratitude at the unmitigated success of Monday's appeals post. Plus, there's a leak under my apartment, and I had to spend hours today moving boxes in order to give people access to a crawl space. And if I'm being perfectly honest, I've always got half an eye on the impeachment trial. Which is all to say that I haven't had my usual prep time this week for the "heavy hitter" articles of Thur/Fri, and I may need to either take tomorrow off instead or run something a little fluffy.

Here is a collection of the best memes and statuses from my public Facebook page over the period of Nov-16th through Nov-30th (You're welcome to follow me there.)

I'll make it clear if any posts have the context of being written after a particular event, but keep in mind that in general the "bottom of November" would be after the election when the challenges to the results were happening legally.

*Note. This was not shared by anyone, but I included it because it was heart-reacted to by a lot and also….AWESOME. 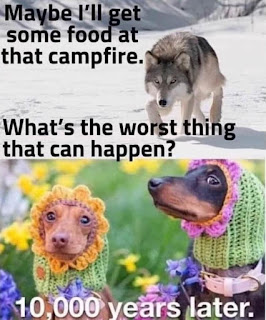 Conservatives: So let's choose the open bigot from out of dozens in the primary.

Conservatives (most): I like that this [unspoken: openly racist and sexist] guy speaks his mind. He says what I'm thinking.

Conservatives (the rest): I'm not a fan of his open white supremacy and misogyny [unspoken: but also, it's not a deal breaker].

Conservatives: We won. Get over it. Build a bridge to us no matter what we say.

Conservatives: You know, literally Nazis in the street are your fault.

Leftists: You know what. Fuck you guys. You are irredeemable and uncompromising. I hope Dems win the Senate and can work around you.

Moderates (and no small number of liberals): Ne'r have I seen such divisive rhetoric from BOTH SIDES. 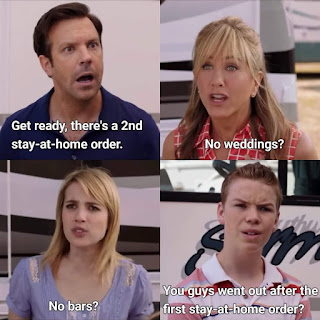 It's hilarious (in the exhausting and terrifying and not really funny kind of way) just how exactly like an abusive relationship our society is. And the moderates (and no small number of liberals) are playing the part of every "What did you do to make him so angry, Mrs. Jones?" priest or community leader.

Stand up for yourself? It's YOUR fault the election went so badly. It's not that 70 million Americans saw harmful bigotry coupled with their improving 401k's and said, "I'll have more of that." It's definitely not that "Not Trump" wasn't really a message that sold anyone down ticket. It's certainly not that these people didn't do any electronic outreach during a pandemic. Nope, it's leftists' fault for wanting **checks notes** cops to stop extrajudicially killing Black people, our planet to not be a climate change hellscape in 50 years, and maybe health care. 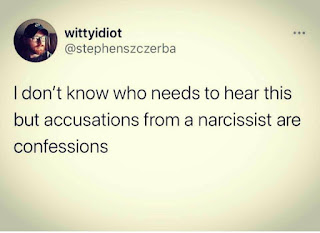 Get mad? Tell your abusers to piss off? It's YOUR fault our nation is so divided. It's not that the party of "Fuck your feelings, Snowflake" and an ideology most united by "owning the libs" has done some damage for which they will have to make true and serious amends. Nope. Both sides need to come together to heal this rift.

**all turn to look expectantly at "Mrs. Jones"**

Oh right, it's the LEFT that'll have to build that bridge. Because literally being on the side of white supremacists and fascists is understandable if you're just financially anxious, but being unwilling to continue to tolerate open racism, or science denial during a pandemic, or undermining democracy to soothe one man's tender fee-fees––THAT you need to stuff down.

Moderates (and no small number of liberals) looking at the bruise: "What did you do?" 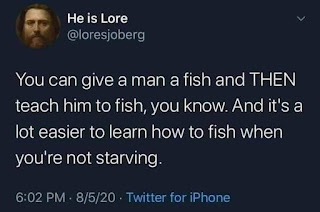 Kills more people than the flu. Hospitalizes way more people. Has lingering complications with way WAY more people. Has a much higher transmission rate due to effectively being airborne. And almost no one has a natural immunity. 

Other than that they are so exactly alike.  Totes, yo. 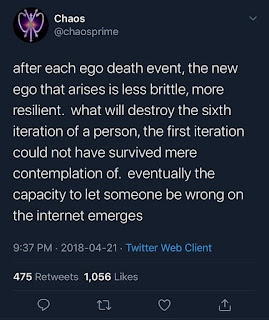 I mean, I understand exactly why the bourgeoisie can be a problem. Their apathy and complacency become weaponized when threatened with change, and their "embarrassed multi-millionaire" status in our culture causes them to side with the billionaires. It's not my first day in leftist theory class.

But, like...we'd do better drawing that distinction. We talk a good game about really only being after the 1% (and really it's the .01% who have the obscene wealth gap), but a lot of what I see in practice kind of makes us look more like fucking mobsters. ("So...what? You got money for this iPad and a big-screen TV now? You got money for this nice B&B? Didn't you take a vacation last year too? How'd you pay for this phone? Brunch again? You got money for brunch, you got money to give away.") And maybe worse is that it's billed as some sort of "I art lefter than thou" crap.

It seems to miss the fact that most of these folks are literally NOT EVEN CAPABLE of spending the sort of money of the people we should really be focused on. Ever. By any means. In their ENTIRE lives. 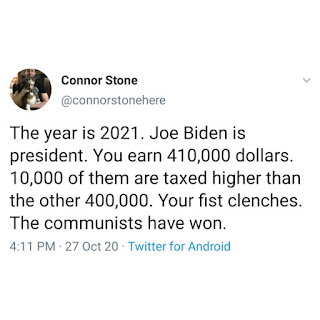 Please don't act so fucking surprised that we were right all along that ignoring bullies wasn't the answer and didn't make them go away, and that they weren't so much "edgy" as saying what they really think. Now they're ruining the flawed democracy we DO have with Schrodinger's slow coup, and moderates (and no small number of liberals) are wringing their hands like they never saw it coming.

It gives me no pleasure to say "I told you so," but fucking maybe listen next time. 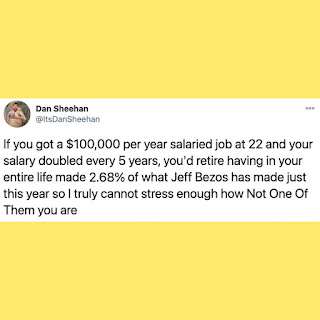 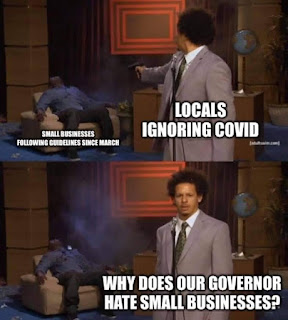