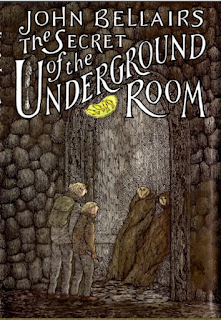 What is the best young adult horror novel (or series)?

It's just a few more days until the SPOOPY is upon us, and in honor of the season, I want to rerun a popular poll we did (back when these recommendation lists were polls). So today we're going to talk not about the fully adult horror novels, but the ones geared towards young adults.

Maybe they're not QUITE as scary as The Haunting of Hill House or House of Leaves but they leave an indelible mark in our minds nonetheless, either because we read them when we were younger or we can relate to the way they play on younger fears.

Remember, instead of trying to figure out what more people think is the BEST (which usually turns into which book has the coolest movie adaptation anyway), we're just going to have a nice chat about good books and all come away with some suggestions for our To Be Read Pile™. We'll still have the system of seconds (and "thirds" and "fourths" and…well, you get the idea), but all that will really determine is which goes to the top of the list when I post the results. You can go HERE to see what the results will look like when all is said and done. And I'll link out the original nomination post for folks who want to go see what people are actually saying about the book. Eventually these posts listing the results will be compiled in a massive "book recommendation" post of basically any genre.