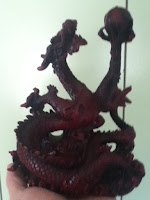 All that, a major image potpourri, and more are due to land this month.  So stay bookmarked!
at August 01, 2013