Best Novel In The Horror Genre 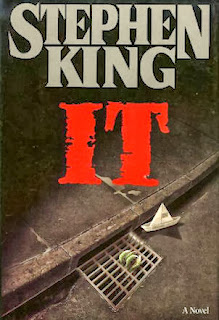 Is IT the best horror novel of all time?  Two ties and one close race could come down to your vote.

As we move into the last third of October, we're running out of time to vote and many of our races are neck in neck.  It looks like IT or Dracula is going to win unless there's some real heavy voting for others in the last week or so.  That means the other will probably end up in second place.  But the competition for third place is also close. As of this writing it's basically a four way race--two ties but all within a few votes of each other.

Sorry Tommyknockers.  You did well in the nomination phase, but no one wants to give you any love when they only have two votes to spare.

The poll itself is on the left hand side of your screen.  It's the lowest"widget" down that side. Everyone gets 2 (two) votes.

The poll closes at midnight on November 1st (unless I fall asleep, and then it closes the next morning after I have my damned coffee).

Also--for those of you who have read this far--nominations for the next poll will start BEFORE this poll is done, so start to think about what stand alone speculative fiction books you might think are the best, but which don't fall easily into categories of fantasy, science fiction, or horror.  I'm not going to do a separate poll for alt history, super hero, distopia/utopia, etc since most of those genres are less well read, so I think the poll will be more robust if it is just "other."