Ursula LeGuin eeks out a NARROW victory against Terry Pratchett making her the Best Science Fiction author for BOTH the Classic and the Contemporary poll.  Way to represent U.G.

(Shhhh. You're my favorite too.) 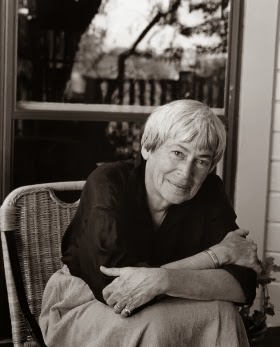 I don't think I'm going to do author polls anymore. The nomination process was like pulling teeth, and the voting enthusiasm was tepid. Plus all I got for my trouble were a lot of people cranky about Terry Pratchett being on a Sci-Fi poll.

Please don't forget to head over to the post where the nomination process for February's poll is going on right now. While we could always use a few more good suggestions, what we really need right now are people to second the existing nominations so that a few titles stand out and the poll isn't too long.
at February 04, 2014