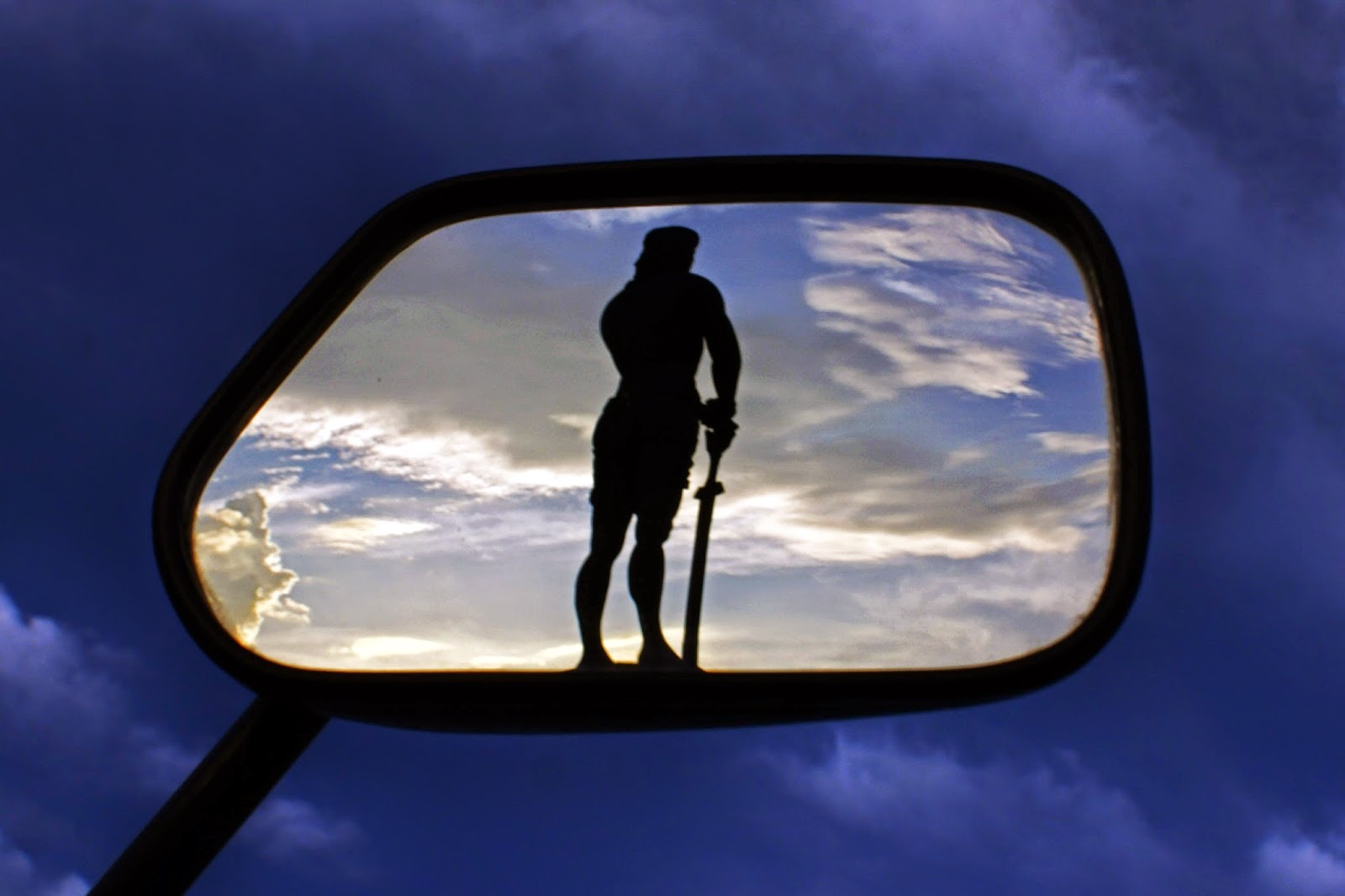 I couldn't move. My eyes were stuck on the shard of the Mirrorshield.

You're not a real writer. I thought. Forty years old, and you triumphantly hold up your mediocre numbers and dollars a day as some sort of yardstick of success. Weren't you supposed to have a book written by now? No, instead, you barely write fiction at all these days, do you? A few minutes here or there if you can spare it. All on the back burner while you whore yourself for page views. You and your precious process. Your process is,"hang on." Your process is, "don't let the world see what a sham you are." You haven't taken a good look at yourself in years.

I tried to tear my eyes away, but the mirror just kept dragging me deeper and deeper into the self reflection.

"Months, it took me to negotiate with the forces of the underworld to bribe my way out of corporeal death," Warlock said, still whispering in my ear. "And another two to learn all the quirks of this cadaver I'm riding in. Do you have any idea how complicated women's plumbing is? That little brat's parlor trick ruined everything I had going. But the advantage of a year without a body is that it gives you time to plan."

"And oh, how I have planned for this," Warlock said.

"I'm just a sidekick, Warlock," I said. "The worst thing I'll do is write a scathing blog post about you."

"Oh you needn't tell me how useless you are, Chris," Warlock said. "Do you even actually have any powers, or are you literally riding the coattails of your cohort?"

"Literally would mean they were wearing coats you know," I said.

"Um...don't correct me," Warlock said. "It sickens me. Oh and by the way, Mr. Creative Writing major. It's DOCTOR Warlock to you."

"I am. I have a doctorate in occult studies from Penbrook."

"That's not an accredited university!" I said.

"Do I look like the kind of person who's going to honor your stupid mail-order degree?"

Warlock's hand darted out and grabbed my arm. A searing pain lanced up my arm and radiated into my chest. I heard a clipped scream, and realized it was my own. I felt like my soul had been scorched–which given Warlock's proclivities, was probably not too far from the truth. I felt my mind almost unhook from the mirror, and my eyes almost return to my control as a result of the agony, but Warlock let go of me an instant before I could tear my gaze away.

Instead I just couldn't escape the horrible reality about who I was, what I'd become, and how neither of those things was a writer. I was some half rate blogger–and that was on a good day.

"Well, that was....really graphic," I said. "I guess being dead for nearly a year makes you want to put the necro in necromancy."

"You'll not trick me again, you powerless hack of a writer," Warlock said. "However, I must stay my hand for just a moment. I've promised something to someone who arranged this little meeting of ours."

"Hello again, Chris," ChronoTron said, stepping into my peripheral vision. "Or I suppose the appropriate greeting is, 'We meet again.'" 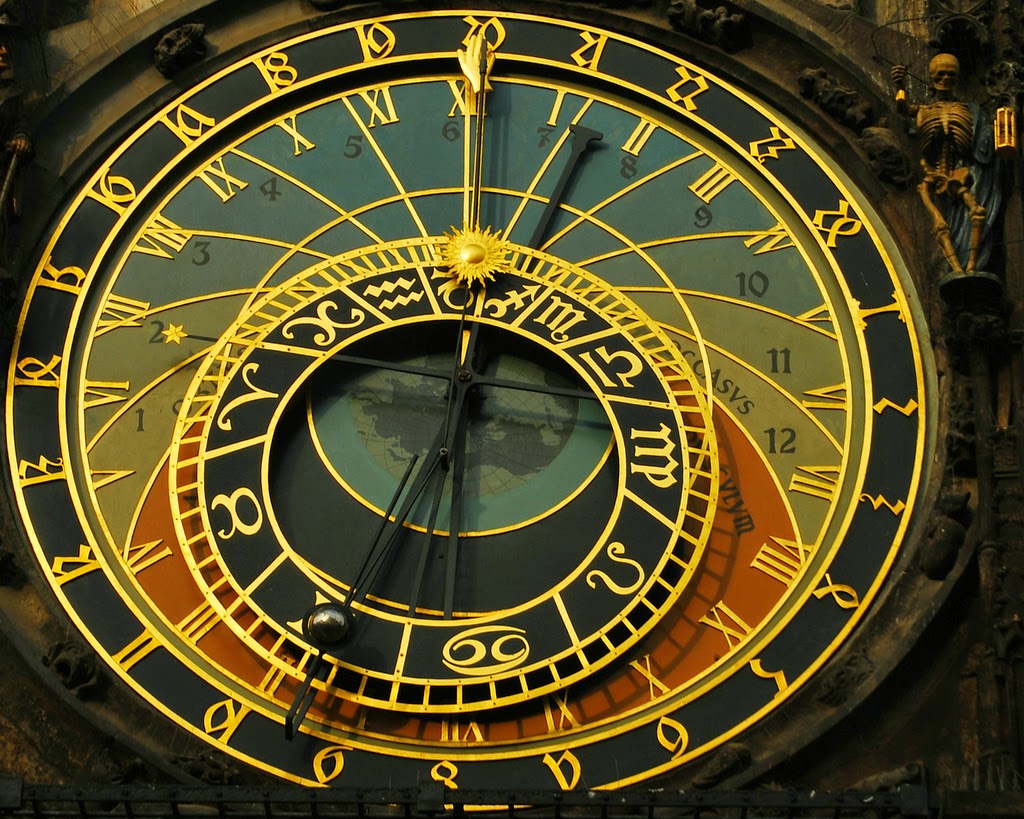 "Appropriately cliche," I said. "Seriously, no one from the future has original lines?"

"Sarcastic to the last, I see," ChronoTron sighed. "No matter."

"Listen....ChronoTron," I said, unable to keep my voice from shaking. "I've been thinking. I have to tell you. I think it's time we saw other enemies. I need some space."

"Are you trying to break up with me as your nemesis?" ChronoTron asked? "Because that's actually pretty funny with you paralyzed, powerless, and suffering from crippling self doubt."

"Yeah," I said, struggling against the inexorable slide into the mirror's reflection. "Well, I just don't tend to have nemeses for very long. Honestly, I get bored. I have trouble committing. It's nothing personal, you're just not as interesting to me anymore." I could see in my peripheral vision that he was setting up the biggest time syphon I had ever seen. If it was to scale with the other weapons he'd used, it would steal all of my time in a single blast.

"You're right," he said, unfolding a tripod. "In a just a moment, you'll no longer be my nemesis."

"I decided I needed some help from your time in order to defeat you," ChronoTron blathered on, ignoring me. "Fortunately your list of enemies is rather extensive. And one of them had an ace in the hole–a small shard of mirror that makes you realize how small and pathetic and not-a-writer you really are."

I tried to struggle, but I simply couldn't look away from that horrid little shard. I tried not to doubt myself, but they crept in everywhere. I wasn't writing fiction because of the baby. Life was too busy. It wasn't my fault. But then again a real writer would have found the time–found a way. I was a poseur. I didn't even have a book deal.

"Better now than in ten years when we're committed," I said, struggling to no avail. "I just really need to work on myself right now, and I can't be tied down to someone who wants to fight all the time. I'm a sidekick, you know. You deserve someone better. I just don't see a future with you."

ChronoTron laughed. "You know, ironically, you're absolutely right about that." He aimed the syphon. "You'll want to step back Warlock. Not unless you're not doing anything important for the next fifty years."

Warlock took a step away from me, and was immediately replaced with a 57' Chevy blasting Rock You Like A Hurricane.


Technically Warlock wasn't replaced so much as crushed by the 57' Chevy. It slammed down from the sky, trunk first, splattering Warlock's new body all over the pavement, but it was so quick and unexpected that the illusion was almost perfect.

Everyone paused. The only sound was the Scorpions: "My body is burning/ It starts to shout/ Desire is coming/ It breaks out loud." Then the sound of pedestrians screaming and running for cover as they realized supers were having a fight on the street.

A smokey outline of a vaguely human torso, coalesced from under the Chevy oozing out and past my head. "I fucking hate you!" it yelled at me as it puffed away.

That's when Wrecking Ball landed next to the twisted hulk of car, leaving two impact craters where his feet hit the sidewalk.

With no further banter, Wrecking Ball swung at ChronoTron, but half a meter from ChronoTron's head, Wrecking Ball's fist slowed to a crawl. ChronoTron gave it an amused look and stepped easily to the side.

"Time dilation field," ChronoTron smirked. "I sort of figured you might show up, so I took a couple of precautions. Your ridiculous strength won't be so useful if it takes your fist thirty seconds to reach me."

"Yeah?" Wrecking Ball asked. "Did you put one on your little machine too?" He punched the time siphon. A glittering explosion of thumbnail-sized debris scattered from his fist, leaving only the smoking tip of the tripod remaining.

"FUCK!" ChronoTron screamed. "Fuck! Fuck! FUCK!  Do you have any idea how long it took to make that?"

"Gee," Wrecking Ball smiled. "I guess now you're really out of time."

ChronoTron pulled a smaller syphon. "Fuck you!  No matter. The old fashioned way will work just fine on immobile boy over there."

"Yeah, I wonder how your time toy works against wrestling moves?" Wrecking Ball said spreading his arms and trying to reach around ChronoTron.

"Fortunately, we don't need to find out," ChronoTron said. "I really did expect you. And the time dilator is only one of the couple of precautions I took."

A sense of foreboding flooded over me. As if struggling with self reflection weren't enough, I now got the distinct impression that something terrible was about to happen. Wrecking Ball dropped his arms to his side and looked around, doubt crossing his features.

"And while I definitely would have liked if Warlock could have at least survived the opening....move," ChronoTron said, "the little mirror she brought has served its purpose, and so has she. So now I think it's time for you to meet my second little bit of insurance."

The shadows around us deepened. The sense of foreboding grew. A breeze caused every goosebump on my body to stand at rigid attention.

"I see you survived our last encounter Wrecking Ball," a silky, androgynous voice said from all around us. "I shall be more...thorough this time." The darkness had grown into a local dusk. Shadows reached out from everywhere towards Wrecking Ball like long, greedy fingers.

Wrecking Ball spun left and right looking for the voice. Fear etched his face. "Chris," he gasped between terrified breaths. "I can't..... I won't be able to....."

The color drained from his face as the first of the long shadows reached him. "It's Harbinger!"