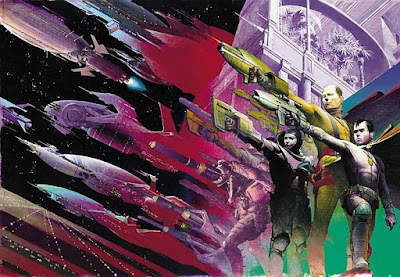 What is the best single story arc series?

Our March poll is live!

We do a lot of "Best Series" polls here at Writing About Writing, but March's poll is about a very specific kind of series. Many "series" tell several stories in a single world. Series like Dresden or Discworld have multiple discrete stories. But some series are really a single story spanning multiple books.

Everyone will get four votes (4). Before you simply vote for your favorite four, consider that, as there is no ranking of those four votes; each vote beyond one dilutes the power of your choices a little more. So if you have a genuine favorite–or pair of favorites–it's better to use as few votes as possible.