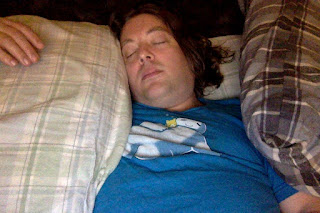 [CN: Mention of sexual assault at the end (I'll warn you again that it's coming if you want to read everything but.)]

I think it might be Wednesday (or POOOOSSSSIBLY even Thursday) before you see us officially, although there's a really good chance I'll break down and put something up on Tuesday.

First things first. This blog and my emails are way way WAY overdue for an admin weekend. I've got posts I haven't linked under their appropriate menus going back probably to 2017, proofreading copy going back months, and I just ticked over 500 emails I need to reply to. (That's not 500 emails I need to delete. I already do that as they come in. Those are JUST the ones I decided required further action.) That's with a spam filter. That's with Gmail separating promotions and forums. 500.

I also need to write an Inside Scoop letter and get an early access post up for my Patrons.

Basically, I'm a total mess, and I'm holding my shit together with spit and baling wire right now. I will remind you all that if you want to write, write, but if you want to be a WORKING WRITER, you're going to have to spend a chunk of your time doing shit that isn't writing.

My chunk is overdue.

Well, now it's so overdue that I need some extra time to get it done.

So that means I'm going to need even MORE extra time to do the admin stuff. It'll dribble significantly into next week.


[Okay, here comes the sexual assault bit if you need to get off the ride.]

I need to take care of myself as well.

I also need a day or two away from the constant stream of social media I usually deal with as part of maintaining a page. That may even add another day to my forecast above.

I've not been coy about the fact that I'm a victim of sexual assault. I'm not trying to rehash that for the third time this week. Lord knows talking about it is like digging at a scar––I can't tell if it helps or makes things worse. There have been several assaults that fit into that weird grey area of grudging consent where my wishes were ignored. (And also a suspicious pattern of triggers I've discovered over my life that may have had to do with something that happened when I was too young to remember.)

But there has been at least twice where a clear and unambiguous no was totally ignored by my partner at the time.

There's this Die Form song I can't really listen to anymore. I skip it when it comes up on my iPod and the one time it blasted in a club, I took a step outside. I can listen to most Die Form songs, which is fortunate because all their songs sound kind of similar and I like them, but this song is very difficult for me to hear. It has the line "synthetic flesh" repeated over and over again. It makes my skin crawl because it brings up these crystal-clear memories of saying no unambiguously but it didn't matter. And with her on top of me and me lying there just hoping it would end soon, she started lecturing me about how "passionate" she was and how my reactions were going to fuel her passion and if I would get into it more, she was more likely to have an orgasm. ("Baby can you fake it so this is hot for me.") And I remember she had to repeat herself about a couple of things because that "synthetic flesh" line is really loud.

This week has been like listening to "synthetic flesh" (the actual song is called Doctor X) on a loop for the entire week. It's been....really hard. I've been reliving that moment over and over and trying to reach back through time and handle it differently. I need to step away, or at least engage in a much lighter way.
at September 28, 2018