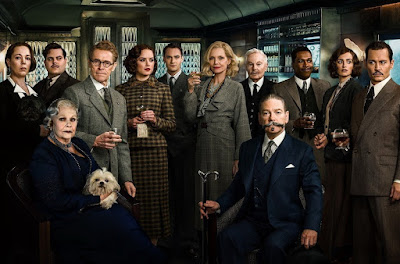 [I'm officially making the poll now, so no more nominations.]

What is the best genre fiction that isn't science fiction, horror, or fantasy by a woman, POC, or member of the LGBTQIA+ community. We need your nominations!

This is the last poll we will run in our Year of Diverse Polls. Please check out this link if you have any questions about the limitations. Understanding the defining lines of (and liminal spaces between) between overarching genres will also be important in this poll, so please read carefully.

For our last Diverse Poll, having covered all the polls folks really get into and seeing a desire for some of the unconventional stuff in my friends' suggestions, I turn to genre fiction--BUT NOT THE STUFF WE'VE ALREADY DONE.  No HORROR. No SCIENCE FICTION. No FANTASY. But other than that, any genre fiction is fair game up to and including the touchy feely shit that "literary fiction" is trying to convince you ISN'T genre (like magical realism). I will, however, put the kibosh on futurism since that showed up in sci-fi polls already.

Examples include, but aren't limited to:
Alternate history
Crime/detective
Historical fiction
Humor
Magical realism
Meta fiction
Mystery
Mythopoeia
Noir
Romance
Suspense/thriller
Western
And since I've made the case several times that literary fiction IS a genre complete with stylized conventions and tropes, it would be first rate hypocrisy of me not to allow it.