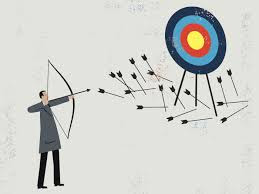 In our culture we love a success story. And if we give a hat tip to failure at all, it is only as the "hero's lowest point," just before they end up rallying.  But what do you do when you're trying to work in (or break into) an industry where the most common motif is falling gloriously, spectacularly, outrageously, and frequently flat on your face?

Writers fail. We fail a lot. We fail like woah and then go back for seconds. Arguably, there is a hazing process between a hobbyist and a professional writer that involves years of just.....fucking failing. Much of the early process of revision is walking back through all the places we failed to write clearly or well, and trying to fix them. Missed deadlines. Unmet goals. Rejections. Trying to pick up people with the "I'm a writer" line. It's possible the career exists where failing even more often is a prerequisite, but writing certainly ranks.

There are a lot of reasons. From overestimating our abilities to our mercurial temperaments, we certainly set ourselves up for failure enough. It's hard to set realistic goals when your two modes are "Fuck yeah, I'm bulletproof!" and "Any second now everyone is going to realize that I'm a complete fraud." Our goals are often running away from reality faster than our plot synopsis that ends "....except with vampire pirates."

But mostly, that's just how it goes. You can't write perfectly on a first draft unless you're Marilynne  Robinson and channel your writing chi for ten years into one spectacular "HADOUKEN" of Gilead goodness. Years of rejection will be part of the process. Realizing that the guy who sold you the Moleskine journals was lying about how much group sex action writers get is so common as to be cliché. You never really can tell what's going to stick to the wall, and some of the ideas you are most excited about will be the ones only appreciated by that person who likes everything you post.


I am no different.


*I love me some NPR, and I seem to be in my car at 4pm a lot these days, so I hear a lot of Kai Ryssdal and Marketplace

And these are just the last few years! If you go back further, some of my writing failures involve people I love and respect looking me dead ass in the eye and saying "Chris, your novel sucks. Please don't send me part three." They involve writing instructors telling me that maybe I should pick a different dream. They involve friends handing me back my writing after a page or so and saying "Don't quit your day job, dude," as a joke without realizing that was exactly what I wanted to do. They involve high school teachers saying, "I'm pretty sure writers know how to spell" to my dyslexic, ADD ass. They contributed to the collapse of a marriage––a "year off" gifted to me on faith that turned into a manuscript that wouldn't have made a dime.

Oh how I have failed.

Of course, despite our cultural obsession with it, it is not our successes that define us. It is our failures.

The moment of failure is when we discover who we are and what we really want. It's easy enough to keep going when we're succeeding and everything feels great. The moment that defines us is when we fail, and it no longer feels so good. When we wonder if we have what we need to rise to meet the challenge. When we have to have real talk conversations with ourselves about our limitations. When we have to think authentically about what it is we really want.

Framed like a hazing test, though, this moment is just one more in the obsession about success. "Will you have the courage to endure, keep going, and pull it out?" Well, maybe. But maybe you'll have the honesty to admit your limitations. Or maybe you'll have the self-awareness to realize that you wanted the trappings of fame that you thought surrounded success more than you enjoyed the work itself. Or maybe you will have the cognizance to recognize that on a trajectory of never-ending success, you liked something well enough, but really once the failures started kicking in, it wasn't enjoyable anymore. And of course there's realizing that you maybe could reach whatever bellwether you consider to be "success," but you realize that you just don't WANT to (and that's okay!)––you would have to give up too many things that you enjoy, like free time and quality family time, and that's just not you.

When we fail, we reevaluate. And maybe we rise like the phoenix from the ashes or maybe we redefine ourselves. Maybe we think of a new way to get to where we're going or we realize that we were looking for something different all along. Doubling down on something without adjustment can be as ultimately self-destructive as simply walking away from something we love because we're not automatically good at it. Failure isn't a binary (give up or keep going). Failure is where the real story begins.

I can't tell you how many writers finish that first book or trilogy (or whatever) and send it out to agents or publishers or self-publish it, and then they get those first few rejection letters (or the self-published book nets them only [low] triple figures as friends and family supportively buy a copy). And it's just such a letdown from what they were expecting.

That's the moment things get interesting. Their mercurial pipe dreams are now sitting in the garbage can and even though they succeeded in writing a book (no small task), they failed to meet their own expectations. Now they face the very real question about whether or not they like the writing enough to keep going for its own sake. Was the success (or its presumption) integral to the value of the writing, or will the writing itself be the reward through all the failures?

Perhaps the one thing that separates the vast majority of working creative writers from those with burning hopes and dreams and frustrating unmet expectations is this:

When writers fail, they keep writing.


Folks, I'm "failing" right now too. As I mentioned, the economy is slowing down, and the let's-give-money-to-artists-whose-content-is-free budget is usually one of the first to go in an average household income. Right after the tastefully-displayed-crystal-bowl-on-the-foyer-table-but-of-gummy-rats budget. While at this moment, I technically make enough from writing to NOT DIE, I need side gigs to pay for many of the things I've come to rely on like cell phones, car insurance, and premade salad mix. A lot of people have cancelled or slashed their Patreon contributions in the last few months. I'm down almost 10% from just a couple of months ago. I know it's due to the economy and the tax season and the looming threat of dystopian Hunger-Games-esque social collapse and that it's no one's fault, but it's starting to hurt. I had to take on extra kid wrangling to make ends meet. That's going to take away from writing time no matter how hard I try to ensure that it doesn't.

You can help. If you like this blog and the writing I do, and don't want to see me having to do less of it because I'm wiping butts and cleaning litter boxes, consider becoming a small patron. I know for a lot of people, $10 or $25 is not in the cards right now. But that's okay because as much as I love my big ticket donors, it's lots of little ones that actually stabilize my income. My ideal donor is someone signed up for $1 or $3 a month who sticks with that long term and the next time I have to figure out if I'm going to commit or take a pass on a side gig, I feel like my income is more reliable. A little support each month can have an enormous impact keeping me clacking away at the computer instead of changing diapers.

Or if an ongoing subscription isn't possible, consider a one-time donation through PayPal.