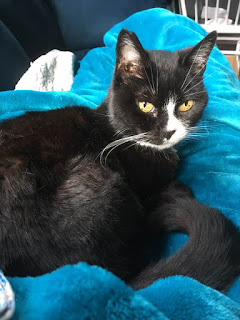 For those of you who remember my accountability posts on my book's progress, you're going to start seeing those again at least every other Monday. Unfortunately (though probably fortunately for the quality of the final product) I had something of an epiphany and started over. Though over-romanticized in movies and TV, true epiphanies are pretty rare. Most of art is just the daily work of transmuting the little creative flashes into something someone else can digest. I'd still call it my rough draft, but it's like 1st draft 2.0.

It won't always be attached to a personal update like this one. As two of the reward tiers for my patrons and the closest thing I have to exclusive content, many of my behind-the-scenes revelations and personal updates don't make it to the blog. But I'll couple it with some meta order of business or the occasional personal update, or a critique on cheese or something and you can see how messy the process gets and divest yourself of the belief that books are shat out by the inspiration fairy when lightning hits a writer and rainbow prose comes glittering out their ass.

I was working too much before––even after trying to cut back. The week was more hours than I needed and almost more than I could stand.  I also tended to sputter and glut because my schedule would be ten hours one day and then only three the next. I'm no good for a few hours after getting roasted either; I get home and just stare at the wall for two hours, thinking about how hungry I am, before I can even think about dinner.

On the other hand, I ALSO have a bad time (probably because of ADHD) when I have the entire day empty. I tend to waste it until the last possible second of a deadline. It's not even FUN procrastination either where I'm like "Fuck it. I'll do it later," as I go to the beach or play Fallout 4 for hours. It's the kind where I'm sitting in my chair and saying "Okay, I really, really, REALLY need to focus now" for the entire day.

The best schedules for me? About 20 hours a week. (Enough to supplement my writing income, but not so much it eats my writing time.) A little every day so that have a sense of urgency and pacing. No front- or back-loading of the week so that I'm constantly jacked on managing my time. The same TIME every day so that I can write at the same time every day––which turbocharges my ability to sit down and write without staring at the screen for an hour or two first. Not too early because I'm a bit of a night owl and good sleep is connected to creativity. A weekend on the actual weekend (not two days off in the middle of the week when I'm doing a lot of writing) so that I can do half writing days and it actually is rejuvenating.

It's so perfect, I could cry. To be honest, I did a little, but when someone asked I told them I was cutting onions for a lasagna. Now all I need is that every other Thursday thing.

Well a new schedule for me means a new update schedule.

There's a link if you want to check out all the nooks and crannies. I'll put the big information at the end of this post. (Some people really like knowing the minutiae of how working writers set up their schedules and what they expect of themselves, but it's not everyone's cup of tea.) 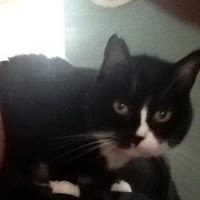 I didn't expect to have any other news, but I woke up to some.

James Bond––not 007 but rather the scampliest scamp of a jellicle cat who was raised on the streets, wore a tuxedo, and rejected the gender binary (that's her in my profile picture)––died last night. She kept eating things that she couldn't keep down (because on the streets, that's what you gotta do), and I guess that caught up with her.

We met James about 9 years ago. She was a local "feral*" that showed up suddenly after a four-unit apartment next door was emptied for a major renovation by the owners who wanted to charge a lot more. Someone couldn't keep her and had just abandoned her to her the fate of the local neighborhood. And we would see her day after day chasing mice or just scrapping with toms twice her size.

*But not really. Read on!

At first it was just a bowl of food each day. But then she started showing up at food time and it wasn't long before she let me pet her, and even hopped into my lap after dinner was over to get some serious snuggles complete with chainsaw purring. Clearly she had had humans before and wasn't really feral.

Then came the rainy night where she showed up waterlogged on the front porch with a tiny "Mew!"

We never stood a chance.

And many vet appointments later for the worms and the abscesses in her teeth (that probably would have killed her within a month or two), her breath cleared up, her coat got glossy, and she became the sweetest lap cat most who met her had ever seen. She would always find a willing set of fingers, claim she had never been loved ever, and purr so hard you could hear her across the room.

At first we would wonder who on earth would simply abandon such an incredibly sweet cat, but very quickly we were just too glad they did.

She never did learn to keep her claws in when she jumped off a lap, she ate anything that hit the floor (and a few things that didn't), she hunted her toy mouse each night in the wee hours of the morning to stay sharp, and she always kind of acted like at any minute the good times would end and she'd be back to being a scrapper on the streets. We'd come down and find her guiltily wolfing down kale or cantaloupe seeds like she was getting away with murder. But after the initial layer of grime and fleas were cleaned off, and once she learned there were bipeds looking out for her, she turned into the sweetest purrbucket I've ever known.

Our new schedule (for those who give a shit about such things):

Also......folks, if you like what I do, stuff a few dollars into that "tip jar" at the top left, or even better yet, sign up to be a monthly patron through Patreon and get in on the back channel discussions about posting schedules, big changes, and upcoming projects. I have bills to pay like any other starving artist, and I'm working three side gigs to make ends meet, so even a dollar a month (just $12 a year) will go a long way.
at July 16, 2019