The Elements of Craft in Fiction (Mailbox) 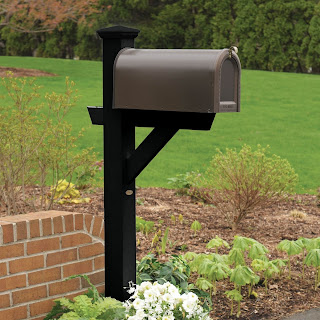 What ARE the elements of craft in fiction?

[Remember, keep sending in your questions to chris.brecheen@gmail.com with the subject line "W.A.W. Mailbox" and I will answer one or two of them every week or so. I will use your first name ONLY, unless you tell me explicitly that you'd like me to use your full name or you would prefer to remain anonymous.  My comment policy also may mean one of your comments ends up in the mailbox. And sometimes my parentheticals will be longer than my answers. You're just going to have to learn to deal.]
Ariane asks

I just finished reading your blog post about Revision Land.

At number 4, you talk about a list of craft elements you check for artistic purposes. Can you give examples?

Elements of craft (in fiction) can be both deceptively simple and shockingly complicated. At the lowest common denominator, there are only seven.

That's it. Seven. That's what you're working on when you write fiction. Pretty much seven things.

Now you can find longer lists, but I humbly submit that they will simply be breaking one or more of these elements down further. (Protagonists and antagonists are characters. Exposition is part of plot. Figurative language [often listed as "symbols"] is a subset of style.) I myself have already started some essays on ideas like punctum and significant detail in a menu called Elements of Craft; however, most of these are subsets of style (maaaaaybe tone).

Mostly it's just these seven things.

Answering your question though, Ariene, is going to require a quick detour. These seven things are....distilled concepts. There is a lot to unpack (or there wouldn't be advanced degrees dedicated to unpacking them).  Three things in particular that must be understood in the broader tradition of analyzing fiction.

One- Within each of these concepts is a deep honeycomb of sub-elements, as I mentioned above. There's a reason some lists break things down further. Learning about character leads to types of characters (anti-hero, protagonist, foil) as well as character archetypes (the fool, the wizard, the lover), which might lead to a discussion of how characters can be more than one of these things or straddle the edge or move as they develop. And then you have how to do round vs. flat characters. And you can examine the depth of good characters, understanding tropes and clichés that you want to avoid. And suddenly you've spent weeks (months maybe) simply trying to understand this ONE element of fiction. And this is true with any of the elements. They go down about as far as you are willing to keep drilling.

Two- We pull these concepts apart to study them and examine them and to talk about them when we discuss fiction, but in some ways, they are artificial boundaries. They all kind of blend together, and while there might be some simplistic differences between setting and character, as you take a closer look, you may begin to see that in fact the two have un-extractable interplay with each other. You may think that plot and point of view are discrete ideas, but how much would the plot change if it were from ANOTHER point of view (say the antagonist's)? At what point (exactly) does style become tone or vice versa? So we use these terms as sort of artificial containers, but there's a lot of overlap.


Three- The primacy of theme. Theme is sort of the biggest element of craft within a story. If anything could be said to be analogous in fiction to the non-fiction idea of a thesis statement or central message, it would be theme. Most of the other elements interplay with theme (in a more significant way than they all interplay with each other). In fact, as college students begin to write essays analyzing fiction past freshmen level composition, they are almost always about how some element or another interacts with theme, and almost every graduate-level analysis does so. Theme becomes the sort of central element through which all others are doing their work. Your setting should reflect your theme (Steinbeck does this so conspicuously that high school sophomores often have to write about it). Tone and style should reflect theme. Or maybe they don't reflect it but draw sharp relief of contrast to it, as in satire. (A serious theme with an absurd tone. Or vice versa.) Think of theme as if it were a center circle laid over a Venn diagram of six circles, where each of the other six circles touch each other, so that all are connected to all others.

So when I say that I check my craft, I mean that I look for elements and make sure they are all supporting each other. If I find that my setting is just a BART station, I try to use something like the tile patterns to subtly reinforce a theme within the story. Or if I find that my tone is too light-hearted for the subject I'm tackling, I decide if I want to make the tone heavier or draw attention to how it is inappropriate so the discordance is a conscious decision. A hodgepodge of elements might all be good at their part, but if they do not all sort of point toward the same artistic vision, the work can be a little muddy. And despite the claim that art is PURELY subjective (it's not), what consistently makes for good art is the way the elements all point toward that thematic vision.

It's important to make sure I'm crystal clear about something: these are things you TEASE OUT in a revision––a later revision, at that. You don't sit down at the first draft (or even the second or third) with all this meta-craft shit in your head, and try to write from that point. Just write a story that you think is a GOOD story. Then later, on your almost-last pass, you can double-check to see if there's not some element wandering randomly out in the field instead of upholding your artistic and thematic vision.

So when I say I check the elements, I do mean that there is literally a point in my revision process of a considered piece of fiction where I am sitting there with my list of seven elements and making sure that the choices I've made (unconsciously until that moment) in creating those elements are serving the story and the theme, and I try to tweak them a little closer to the vision if they're not.
at November 14, 2019