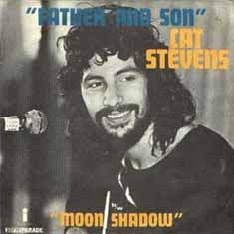 Punctum, plural puncta, adjective punctate, is an anatomical term that refers to a sharp point or tip.

Punctum would be considered an element of craft, but not one a lot of writers are familiar with because it's borrowed from other arts and, even there, can be obscure because it's borrowed as a metaphor from other disciplines. Mostly they know setting and dialogue and irony and such, but you don't hear a lot of talk about punctum. It's sort of a hipster element of craft. You've probably never heard of it before, and I'll talk a lot about it until it goes mainstream, and then complain that I liked it before it was cool.

It's also titanium balls hard to explain. It's easier to show–hence the reason it would be a series instead of just one article.

Unless you're dealing with a writer like Shakespeare or Toni Morrison, you probably don't get just a nonstop stream of brilliance. You get a generally passable narrative with these occasional moments of brilliance. One line here or one perfectly chosen word there that just causes the whole thing to pop. It is a word similar to its metaphorical source in that it is a sharp point within the writing. (The real pisser is that writers like Shakespeare and Morrison can give us nonstop brilliance and STILL hit those punctum moments. Now if you'll excuse me, I have to weep openly into my raisin bran.)

While I wouldn't say Salinger suffers from "passable narrative," I would offer up a line as an example of punctum.

“She wasn’t doing a thing that I could see, except standing there leaning on the balcony railing, holding the universe together.”
—J. D. Salinger, “A Girl I Knew”

Here's another example. This picture as rubble would be like any other. If there were dirty, even bloodied, kids in torn clothes, it would seem tragic, but probably wouldn't evoke biting emotions because there are so many pictures just like it. Even the strangely intact jacuzzi would seem like a curiosity. But the punctum here is the kids taking a bath amidst the rubble. It just brings the whole reality of this situation (Gaza, for the curious) to an incredible point. The contrast. The relief. It creates this unbearable tension that lens flares across our vision what would have been merely one more picture of destruction.

The last one I want to leave you with is one of my favorite songs. And one of the only singers my baritone self can really rock when I'm doing karaoke. It's called "Father and Son" and it's by Yusuf Islam (who went by Cat Stevens back when Tea for the Tillerman was released).

It's an interesting song, but there's nothing remarkable about the chord progression or Steven's late 60s/early 70s acoustic guitar stylings. There is an interesting choice he made to separate the parts by an octave to emphasize the father part and the son part. It gives the piece the feel of a kind of dialogue. However.....one choice made this whole song pop.

(I recommend listening to the song a couple of times if you aren't already familiar with it.)

Here is the punctum: at 1:56 he starts the note of the last line of the son part with the word "go." He very consciously and conspicuously holds out the son's note into the bridge and then does a descending scale that ends on what will be the exact note that the father part will start out on after the bridge. The implication here is that, in this song, rather than being one father and son doing a back and forth about a common theme, that the son in the first half HAS BECOME the father in the second half, and that it is now his son singing to him in the second half.

And that brings the entire song to a whole new level of its own generational themes.

And that is the power of the punctum.

Email ThisBlogThis!Share to TwitterShare to FacebookShare to Pinterest
Labels: Elements of Craft, Punctum