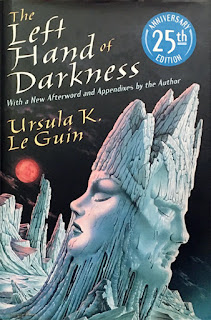 You know....I love this job, but there's this part of doing the polls that annoys me: every single time these polls go live, someone gets all incensed in the comments with a righteous, "How can you have Suchandsuch poll without Soandso title? It negates the entire validity of the poll."

So put it on there, n00bsickle! Don't just complain after the fact!

The thing is, these polls are always based on YOUR nominations. So nominate. And also second. (And third...and fourth.) Because I am going to take between 8 and 24 titles maximum, and there are a LOT of great books to choose from, so I just take the ones with the most seconds (and thirds and fourths...).

I'm unpacked from the move JUUUUUUST enough to start sitting down and writing more than just an hour or two a day (more like the usual six to eight), and Sonic is supposed to be coming to hook up my Internet tomorrow (so I don't have to keep going to my clients' house to get any work done). I really want to end February with a couple of hard-hitter articles so that the month's "Best Of" is not the only three (non-poll/non-appeal) articles I wrote. So I may end up posting on Saturday. But I also have to work late tonight and tomorrow as well as go in early today, so it's going to take a lot of channelling Nicolas Cage wild energy to make it.

Also....a few of you need to check the publication dates of your nominations. If it's not before 1975, it goes on a different poll.