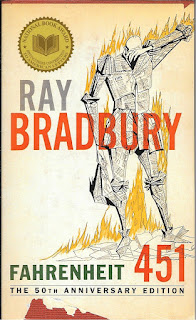 We're still grinding through the giants (S/F, Fantasy) since the sheer number of nominations last time around meant I needed to separate them by time frame. Yes, I know I have a long day ahead when I finally compile the results. My tightening budget means I can't farm some of this busy work out, and I'm back on the hook for it. Alas. That weekend is gonna suuuuuuuuuuuck. But I'm moving the next couple of weekends, so I'm going to have to keep doing jazz hands for now.

In the meantime, we need nominations. (Be sure to leave them on the blog and not as a comment on the social media where you saw this cross posted.)

We have two "slots" left in our more-comprehensive sci/fi and fantasy polls.  (This one and contemporary fantasy). Then we'll mix it up with some other genres.