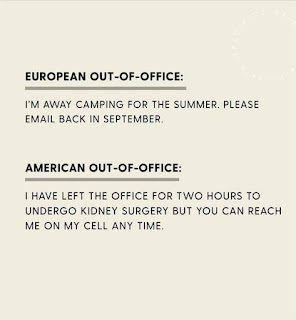 I don't usually post these compilations weekly, but I want to catch up to the point where they're going up no more than a month after their "original air date," so I will have to do one MORE next week and then we should be able to go back to biweekly.

Here is a collection of the BEST statuses (and a few of the most popular memes) from my public Facebook page over the period of June 16th through June 30th. (You're welcome to follow me there to see the not-quite-the-best ones but read up in the Facebook FAQ [last question] if you want to send me a friend request.) 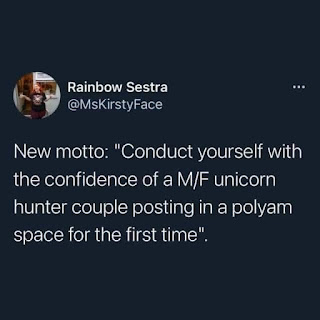 Reminder: If you are blocked on social media, that is a boundary. Contacting the person on another social medium is big boundary-violating energy. 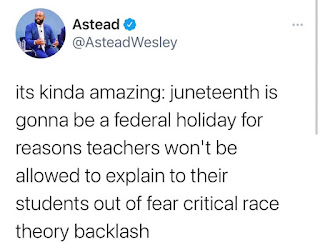 Consent culture has ruined about 95% of romance plots for me.*

“Hey, dillhole. Ask before you do that shit.” “Wow, the passion. The spontaneity. The lack of asking.”

Listen closely to what you DON'T hear. In almost zero criticism of critical race theory (and absolutely none from informed folks) has anyone ever said "It isn't true." 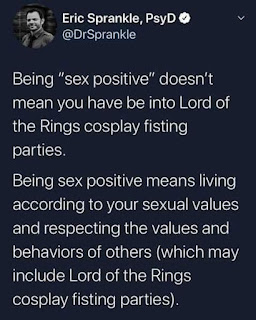 Never piss off someone who is unswervingly kind. That kindness is a deliberate choice and they probably work on it every day. And trust me—TRUST ME—when I tell you they have another side.

First of all, you've never met the facing-down-a-bully version of me. That's the part of me I legit worry about getting killed or imprisoned one of these days. That's the peep that got into a fight with four muggers ten years my junior who wanted my iPad, the peep who still walked away still holding that iPad, the peep who took on a dude with a knife because fuck him in his entitled face, and the peep who caused an orbital fracture with a cell phone because you don't get what you want just because your bigger and a jerkwad. And I'm sure I would kick more ass if I were ripped and didn't love pizza, but there's about fifty things between here and muscle mass that matter more when it comes to scrapping.

Secondly, when I go to protests, I bring a first aid kit, a fistful of power bars and nuts, a couple of huge bottles of water, and ask if anyone wants me to buy them food. That's who I am. I'm the guy who is breathing heavy and trying not to let my fight or flight response yank me the way it ALWAYS does (hint: not flight).

If I ever DECIDED I was going to fight before I even showed up, I'm not going to walk up with my "I <3 antifa" t-shirt and challenge someone to honorable fisticuffs, so you better calculate for a lot more than the fact that I don't look like I run 10k's every week. No one's head is going to be on a swivel looking for me, and that's JUST the way I like it.

Not that I'm badass. I'm not. I don't feed that part of me, and frankly when it comes out, it's terrifying, and I don't like it very much. It's just maybe you shouldn't be talking about me like I'm already dead or that no one over 140 pounds of ripcord muscle could possibly sidle up to you and throw an elbow before you knew what was happening. 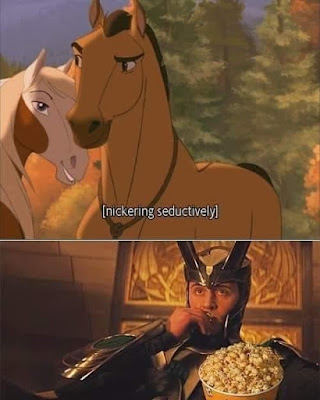 Dear old person lecturing me on how how tough you had it.

You're wrong. Literally….…You. Are. WRONG. Life was demonstrably easier by a number of metrics that various health organizations use to gauge quality of life. You had it easier, actually. Considerably easier. You are not a poster child for the meritocracy, you are just an asshole from the golden age lecturing folks trying their best to live in the wake of all this shit you fucked up.

Please don't confuse the fact that no one commented on the child abuse many children endured right out in public back in your day with young people having it actually better.