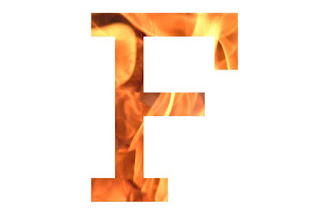 Fairy Tale- A type of story that exists solely to discredit continued funding to humanities.  While most people content themselves with the delightful observation that they behave almost exactly like urban legends from a time before gangs, babysitters, and casual sex, and then return to building public transit or stopping genocide, among the PhD's cloistered within their Ivory Towers a never-ending battle rages over the semantics of what is meant by the label Fairy Tale, what stories should or shouldn't count as Fairy Tales, and whether they are best interpreted morality or historically.  Somehow, the only thing they have actually managed to agree on is that Fairy Tales don't have to have Fairies in them.  And they wonder why the guys curing cancer two buildings over got the bigger grant...

Feminism-  Something you should learn about.  Full stop.  Not "if you're a guy."  Not "if you don't want to be held up as an example of what not to do in a panel on 'sexism within sci-fi' at the next Comicon."  Not "so you can portray a feminist in your next story."  And certainly not "even though you hate those language police femanazis."  You should just learn about it.  Period.  Because you're a member of the human race, and it's important.

There are assumptions you make because your culture tells you everyday without ever really saying so that they are true.  Assumptions like the fact that putting human breast milk on cereal is positively disgusting (and maybe just made you throw up in your mouth a little), but breast milk from a fricking BOVINE is totally a much more reasonable thing to be eating.  Some of these assumptions (just as unvoiced and unquestioned as the milk thing) have to do with women and men and their roles in the world.  Most people don't question these assumptions.  Writers should.

As a writer you should know even more.  You should know why language is so important to modern feminism, and what they're fighting for and against when they bring up words that cause people to insta-rage like "patriarchy."  You should know how differently certain brands of feminism look so you don't paint them all with one brush.  You should know what pitfalls lots of mainstream writers fall into with their portrayals of women.  You should know what the Bechdel Test is and why not one single episode of Supernatural has yet to pass it in seven seasons running.  And yes, you should learn why some people hate the word "feminism" and why two people with nearly identical pragmatic views can disagree (quite vehemently) on being labeled "feminist"--one insisting it "merely means you believe in equality" and the other insisting it has far more connotations beyond that.

Figurative Language-  Language that is not literal in meaning.  This includes similes, metaphors, extended metaphors, allegories, parables, analogies, personification, and hyperbole.  The line of exactly where figurative begins and ends is not entirely clear as some might include idioms, figures of speech, allusions, paradoxes, and certain kinds of symbolism, irony, sarcasm, or particularly pointed examples of subtext (like when the characters talk about "sandwiches" in How I Met Your Mother) as well as linguistically meaningless words like onomatopoeia. Essentially this is any language where the meaning might deviate from the direct definition.

This leads to the fascinating phenomena of pedants and prescriptivists flying into near-psychotic rages when the word "literally" is used before hyperbole.  As in this example: "Those pedants literally crawl out of their skin when I deliberately fuck with them."

English is an extremely figurative language and culture.  We constantly illustrate meaning by comparison, and some of our most praised writers are masters of delightful metaphors.  We also have MANY verbs that transcend their "original literal" meaning and come to mean something new.  For example, we "dig" for the truth so often that now one of the meanings of "dig" is careful research.  It's basically what happens when people ignore the warnings and just keep using that cliche.

Flash Fiction-  Really short fiction. Some consider 300 words the limit, others go higher, but no one really considers anything over 1000 words to be flash fiction.  Also called microfiction, short-short, and sudden fiction among a few others.  It is characterized by having all the elements of a standard plot arc within a very short space.  Also, what many starting writers insist they have written when they hand you a vignette with no discernible conflict, plot, or resolution.

Focalizer- A really hoity toity way of saying "the person who the story is following at the time."  Since point of view can jump out of the "main character" and into other characters, or even pop into a minor character's head to have a spot of tea and get them killed by doberman clown bipeds or something, this word encompasses the current character that has the primary consciousness.  Drop this word the next time the people in the line at Starbucks start discussing the way a book really tackled the evils of capitalism.  TRUST ME!

Email ThisBlogThis!Share to TwitterShare to FacebookShare to Pinterest
Labels: Glossary, That "Feminist Crap"