Poll: What is the BEST Speculative Fiction? 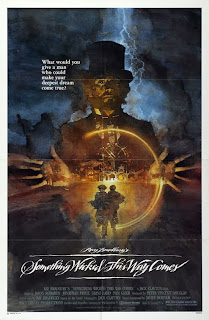 The poll is up.  Vote for the best (non sci-fi, non fantasy, non horror) speculative fiction.

I took all the entries that got at least one second--preferring to have a bigger poll to a smaller one. However, since the size of the poll was pretty big already, I made a pompous, asshole gatekeeper decision and took Sandman off the poll. While I would never say that graphic novels are not "real art" or some bourgeoisie bullshit like that, I do think it is a different medium, and even if you're talking about the writing, it has different conventions and aesthetics.  Apples and oranges, basically.

What I think would be really cool is if someone wanted to do a guest blogging article (or series of articles) on writing for comic books and graphic novels.

About half the nominations got no second vote and didn't make it to the poll.  There were some really good books there (including my own nomination, Sputnik Sweetheart).  You should definitely check them out if you haven't already.

The poll will be up for the next 20 days.  Please vote for your favorites, and get your friends to vote too.