To W.A.W. Readers From The SciGuy 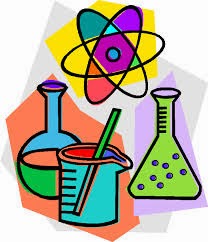 Dear Readers of Writing About Writing,

Writing About Writing has been experiencing some technical difficulty.
And it's kind of my fault.  Sort of.  I think.

After Chris told me that I at least had to come up with a 10/90 ratio of actual work for W.A.W. to crazy mad scientist experiments in genetics and time space fluctuations (in order to bring back the only person I've ever loved by having her not have ever actually died), I built his stupid firewall so that the Evil Mystery Guest Blogger couldn't keep writing those stupid articles about how to be a writer by buying an expensive laptop and having a fetishized pen and affectation journal and stuff.

Well, he's apparently written another article.  And he keeps trying to submit it.  And the new firewall is holding, but he gets more clever every time.  So these last couple of times, the firewall has literally closed down all access in order to prevent his attempts.

Basically my security system is too good.  It's a curse.

I'm now recommending to Chris that we bring down the firewall and use a tracer program to find out where these damned things are coming from. Chris is trepidatious, but I think I've sold him on the idea.  Things could get interesting in the next week or so. Or as my cousin from Oakland says: "Hella cray cray."

Anyway, in the last 72 hours we've risked a "piggy back" signal every time we've posted, so that even though Chris has been desperate to get up a pair of articles before NaNoWriMo started and another before Ender's game came out, we couldn't chance it.  But, you may see these articles this weekend--well, at least you might if we don't get hacked.

You have my apologies for my part in all this.