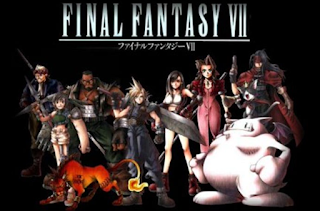 You really should listen to this as you read today's post. It's pretty perfectly expressing how I feel. There's been a difficulty curve, of course, during the rounds of chemo getting to this point, and I leveled up over the past couple of months, but the gloves came off and the boss fight started.


Our babysitter sent us a "So Long And Thanks For All the Fish" letter this weekend, letting us know that he'd be staying in Los Angeles and we were on our own for this week's shifts–no notice beyond the e-mail a couple of days ahead of time. Round six of chemo starts today. Familial help that was coming up to pitch in had to take a pass this time. And The Contrarian is sick. It's just past noon on a Monday and I've already worked over six hours this week. Plus don't forget the clock is ticking on finding a new home, a new day job, and getting my ass packed up and into a whole new life.

Oh yeah. It's on boss monster of life.

If there were ever a week where Writing About Writing might completely implode in its ability to keep getting up posts every day, this would be the week. Of course I'm a glutton for punishment and a little guilty over missing two posts last week to sickness, so I'm STILL not going to just put the blog on a short hiatus.

Boss monsters, after all, give a lot of treasure and experience.

Fortunately we've got one thing going for us (we found an overpowered magical sword that's good against time monster bosses): it's the beginning of the month. That means there are some built in opportunities for a little bit more jazz hands than normal. There's our April poll we have to wrap up (last chance to vote BTW) plus the May poll nominations to fire up. And the best of April posts need to go up too. We also have a guest post for Thursday. And if I'm really on fire, there are a handful of half-finished articles from when I was sick last week, and I might have just enough time in the seconds between popping healing spells to haste myself and fire off something on Friday.

So even though this looks like a monster boss battle, we have our summoning spells, we've been saving up our limit breaks, and our hit point totals are nothing to laugh at.