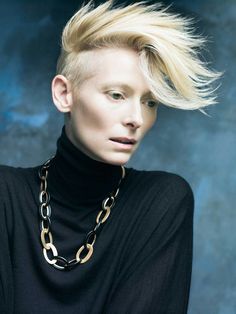 What is the best non-binary character in fiction?

Our April poll is live!

Most fiction sticks to the gender binary, but occasionally characters are, in one way or another, outside of that. From your nominations we have assembled a list of characters who defy the man/woman gender essentialism dichotomy.

This is a longer poll since there weren't quite enough nominations to split it into semifinals, so everyone will get five votes (5). Before you simply vote for your favorite five, consider that, as there is no ranking of those five votes; each vote beyond one dilutes the power of your choices a little more. So if you have a genuine favorite–or pair of favorites–it's better to use as few votes as possible.