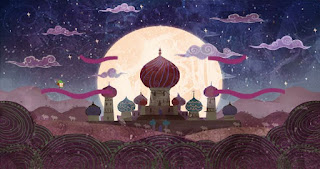 Edit: Nominations are closed and this poll is LIVE.

And it definitely seems like this month's non European fantasy poll is going to go into semifinal rounds and end up being our official July poll.

So....I'm going to add ONE MORE DAY for seconds and under-the-wire nominations.

Please go to the nomination post and second or nominate. Our first semifinal poll goes life tomorrow.
at June 22, 2016