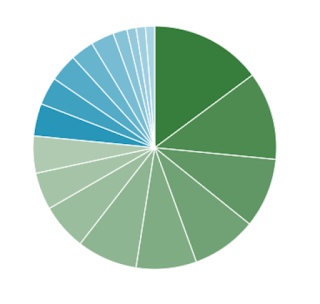 Rowling took an early lead and hung on and any time I waited to see two of the runners up who were tied would get some distance between them, another would end up tied instead. Finally I just called it.

Thank you to everyone who participated. For next month's polls, consider the non-traditional fantasy you know and like. I'll be calling for nominations very soon.