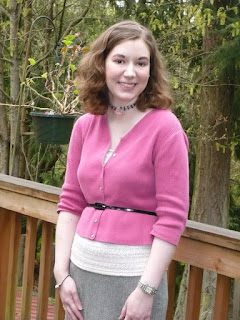 If you ever do end up working with an editor (whether through a publisher or one you hire), I hope it is a delightful experience. (Or as delightful as watching someone hack away at your beloved can be.) And I hope your editor is transparent with you. But even the most honest of editors may have a hard time admitting to the following:


Ideally, every single manuscript would reach the same level of quality before it left my desk. But the truth is that although I try to give equal treatment to each project, it is easier to notice when the baseboards of your house need another coat of paint if I’m not also trying to deal with your flooded basement and caved-in roof. The cleaner and clearer a manuscript is when I receive it, the better its quality when it leaves my desk (and the cheaper edits will be for you).

As much as possible, I try to let writers know if they aren’t ready for edits yet. Hopefully, your editor will do the same, but just in case, I recommend at least one more revision than you think you need before you send one your work.

The point is that the rules of the English language are not nearly as clear and agreed on as your editor might like you to believe. Most editors have a style guide, a dictionary, and a certain attitude toward language that they rely on. Therefore, different editors have different “voices” in the same way that writers do—the differences are usually subtle, but they definitely exist. I believe that the best editors are able subsume themselves within the particular voice of the writer, but you will still want to find an editor who fits your style. And if you are uncertain about an edit, don’t be afraid to check a style guide and ask for clarification. Which leads to my next point. . . .

Recently, an author and I worked on her memoir. I had edited and she had rewritten her first chapter several times. I honestly thought it sounded pretty good. But she believed it could be better. I worried that more tweaking might ruin the flow of the chapter, but I agreed to look over another rewrite and give her my opinion. When she sent me the revision, I was blown away. It was much better. There was more tension; the emotion was clearer and seemed more honest. She had added other elements from her life story that I didn’t know about and never could have suggested. Because she was brave enough to say, “No, I think this needs more,” she got a much better opening than she would have if she’d just blindly accepted my edits.


I hope this helps you view the hacked up body of your book with a little more certainty.
Bethany F. Brengan is a freelance writer and editor who reads too many comics. She is a contributing writer to Dick Grayson, Boy Wonder: Scholars and Creators on 75 Years of Robin, Nightwing and Batman (McFarland Books). Her poetry has appeared in The 2015 Poet’s Market, Poetry Quarterly, and The Crucible. She can be found at www.brenganedits.com andwww.readingwritingraptures.blogspot.com.

If you would like to guest blog for Writing About Writing we would love to have an excuse to take a day off a wonderful diaspora of voices (even if they don't always agree with me). Take a look at our guest post guidelines, and drop me a line at chris.brecheen@gmail.com.