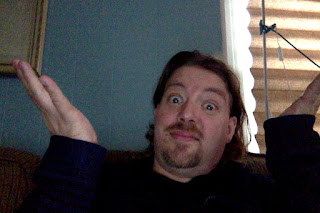 No word counts this week (because they SUUUUUUUUUUUUUCKED).

Sonic Gal's audit drags on and I have yet another 14 hour day (Eight hours of kid wrangling, five of teaching, and an hour commute between), so this is going to have to be a very fast update.

I'll get right to the folksy home-spun writerly wisdom.

A word of advice from a writer who is making about 50% of his income from creative writing and hoping to push that up to "barely scraping by" one of these days:

If you want to write, write. That's all you have to do. Just write.

If you want to write for a living (or for a sideline gig), get ready for a lot of things that aren't writing. Or at least that aren't writing on your story. Business e-mails. Coordinating thank you notes. Kickstarter rewards newsletters. Fixing the web page's menus. Running a Facebook page. Going crosseyed with scheduling in front of a Google calendar because your adult life is nothing but side hustles you hope no one will notice, like a bunch of rats in a trenchcoat trying to take the cheese tour at Shullsberg Creamery. And of course midnight sacrifices under the full moon of entitled white men.

Don't think going traditional will get you out of this either. Making a name for yourself with millions of short fiction submissions. Querry letters. Back and forth with agents. Negotiations. Book promotion. Probably networking.

You're going to spend a lot of time not actually writing if you want to get paid for it.

Also get ready for doing parts of the writing process that you don't like to do. This author hates struggling with a blank screen during a first draft and taking six or eight hours to write a few pages because some days the flow just isn't flowing.  I'd rather write a little tiny bit a day and spend lots of time on revising what I've already got. I love rereading and tweaking what I've already got. I hate trying to grind out hours of fresh copy. But I do it anyway because that's how it gets done. Some people hate revision. Some hate peer review and critical response. Some hate editing.

If you just want to write, follow your bliss. If you want to get paid, get ready for some shit that isn't rainbow unicorn farts and sparkley glitter-pixies getting freaky.

I won't lie to you. (Oh who am I kidding, I write fiction. I lie all the time....but only to tell the truth, but I won't lie to you about THIS.) Getting a paycheck is right up there with a first kiss. I mean unless it got weird. Or the person smelled like limburger cheese once you got close. Or you were trying under social pressure to perform as a sexuality you really aren't. But let's say you wanted to kiss this paycheck person. It's like that.

And paying a decent sized chunk of your bills from it? That's even better. If the trend continues proportionally, I will need two towels and some after-cuddling if I ever pay all my bills from writing.

But to get there, I sure have had to spend a lot of days doing stuff that was not writing.

On a not entirely unrelated note, I do have some good news.

I found out too late to change anything that my Kickstarter had funded enough to let me drop a class from my teaching schedule, (and then I also got more hours with Bub than I expected) and as a result, I've had a REALLY rough time this semester trying to write with all the other things on my plate. Not that cancer and bronchitis and the return of the nazis hasn't, like, fucked things up as well, but that second night of teaching is...you know...aggregate.

With Fall almost over, and my novel behind schedule, I was facing a really tough choice. And not whether or not to grow a really good writerly beard.  My choice was about how to manage my teaching and still make good (or less bad) on my Kickstarter deadlines.

I was afraid to quit because that was my last punch-a-clock mainstream job, and it doesn't seem a great political landscape to be flinging financial security to the wind. I mean I want to hit the Fallout stage of our post apocolypse world with as many cans of non-irradiated beans as I can. Also, I would need to make about $400/month more from writing than I do right now to cover those teaching hours. (Even more once the Kickstarter funds run out.) I have this sense that I COULD do that, but would be terrifying for me to be trying to raise my income based on the generosity of strangers...in a Trump economy....while watching my savings account inexoribly dwindle.

But the safe road didn't really help me that much: teach only ONE class. It would give me more time than I have now, but would still be seven hours a week that I could be writing and I don't really need (financially speaking) right now. It was a half measure.

So here's where the good news hits. I JUST found out that my bosses are absolutely fine with letting me just take a semester off. I can focus on my book for the next six months, and if I'm not solvent by next fall, I'll just go right back to teaching. Writing time AND safety net. And if the hail Mary hails the way it should, I may just spin writing into a full time gig.

Wednesday night will be my last teaching shift until summer school. And if things go well in the next few months, maybe ever.

Now I can spend even more time staring at a blank screen and taking eight hours to write a few pages!