Will You Do Infinity War? (Mailbox) 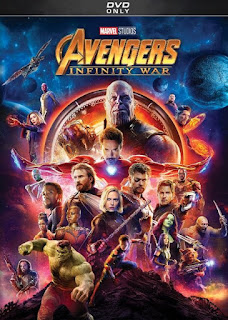 [Remember, keep sending in your questions to chris.brecheen@gmail.com with the subject line "W.A.W. Mailbox" and I will answer a couple each week.  I will use your first name ONLY unless you tell me explicitly that you'd like me to use your full name or you would prefer to remain anonymous. I will even "do" pop culture if you give me like...a year.]

Hey can you work your mojo on Infinity War?

How about a review of Infinity War?

Your Thor: Ragnarok review was spectacular. Do Infinity War?

Why haven't you done any MCU reviews since Thor? Would love your take on Black Panther or Captain Marvel if you've seen it.

From a writer's perspective, what did you think about Infinity War?

I'm not going to write a full review of a movie that is really only half over, but I'll jot down some thoughts: