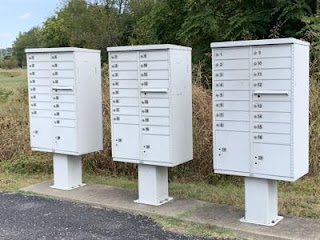 Thank you for your blog; it's been very useful to me. I have a question about a situation I keep getting mired in:

I get about a chapter into a story, realize I want to make major plot/setting changes, and there doesn't seem to be any good solution. I can (a) JUST WRITE, ie write the original. hating it and knowing I'll have to change it all later, (b) start writing from where I am with the new version, and maybe getting into a terrible habit of making huge changes on a whim and ending up with something totally disjointed, or (c) restart from scratch. Over and over.

I've tried all these and they all suck. Which leaves me paralyzed, overthinking, trying to make my story perfect in my head without actually writing it down. Until I'm so exhausted by it I slink off in defeat.

Do you have any tips on how to deal with this?


Later in my inbox:

*sigh* Never mind. I wrote this in frustration. You've already answered this question in like 10 different ways on your blog. Guess I was hoping for some magic formula.

It's up to you, but I'd be happy to try, even if it's "again." The mailbox is kind of like a serial show. It's really only the same dozen or so questions dressed up in different costumes (with an OCCASIONAL guest star).

Hey, thanks. I mean, I'm going to keep dealing with this problem so I'm sure an answer would be helpful, but I know your mailbox tends to overflow and I'm pretty sure you won't be offering me the Elixir of Finished Stories anyway, so no worries either way. :)

Anyway, searching your blog for answers did compel me to roll my eyes, mutter a couple curses, and then go back to my story to bang out a few angry paragraphs. Which probably IS my answer. So thank you. :P

It's true. The mailbox is a lot like a serial comedy sketch show. 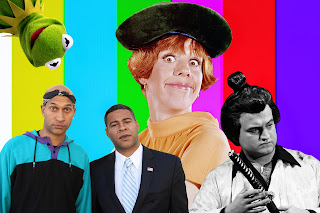 Not only do we badly need a recurring gag like The Spanish Inquisition or Land Shark, but we sometimes get stuck in a cliché where we're doing the same thing over and over again. Like spectacular guest stars on such shows, occasionally we get the really unusual questions and I might even have enough grammar questions, for God knows what reason, to scrape together another grammar questions post––seriously why would you ask me this? I'm terrible! However most of the time it's variations on a theme.

I don't just mean F.A.Q. type stuff either. Those are more like......reruns. Like when your show is young but in syndication and every five days you think "Didn't we JUST watch this one?"

But you can only tell people that the best way to get better at writing is by reading a lot and writing a lot so many times before you have to throw a game show shtick in there. You can turn it into a listicle. You can make an ironic satire post of the person who thinks they're going to get there WITHOUT doing those things. You can pull out studies. You can share personal stories. But in the end you're really just telling people "No really. No really! NO.....REALLY!!!"

Pretty soon, no matter how original the skit is, you start to notice that Carol Burnett brings a certain "Carol Burnett-ness" to all her roles. ("Hey, wait a second! This cyber techno ninja pirate is pulling on her ear and CLEARLY trying not to laugh!") And in much the same way, many of my articles are just me trying to find some new way to tell people the same thing.

There are a lot of different metaphors for your "muse" that are simultaneously accurate and useful (including the very idea of a muse) but for right now, it's going to be very important for me to talk about it like it's a 20-year-old. Not a 20-year-old who knows what they're doing in life, but one with no ambition.

It loves ideas. It loves The Big Picture™ It's passionate! It gets stirred up by inspiration! It talks a lot about where it's going and how it's going to get there. But any time anything starts to actually look like work, it's going to do everything in its power to get out of it.

Including try to inspire you to do something COMPLETELY different. Because if you scrap and start over enough times, you will eventually give up. And your 20-year-old-with-no-ambition muse knows this. (Just like the actual 20 year old knows if they screw up a chore enough times, Mom will stop asking them to do it.)

So you have to make it clear that the work IS going to happen one way or another and it can either show up with the fairy dust or be miserable, but you're not going to let it dictate to you that it's time to give up.

Sit down with your original story and keep writing it. If your ideas about changing it are epic and mind-bending, you can jot them down as notes and either incorporate them or promise to hit them during your rewriting process (which you absolutely WILL have to do so best just plan for it now). If it's utterly far afield, jot down a quick note, continue writing, and then take a bit of extra time to start a second story where you're exploring the idea you had. But no matter what happens, don't stop the original.

Wait, your muse will think. Wait did I just give myself MORE fucking work????

VERY quickly, your muse is going to realize that the games aren't working––that it can't get you to stop putting in effort (which it hates) by getting you so excited about other ideas that you quit in frustration. Once it knows that the work is going to happen regardless, it starts to settle down and show up when asked. (At this point I would switch to more of an animal-taming metaphor....) You may find that it is as short as only a few days before it starts to play nice, go where you point it, and offer you up good inspiration for what you're working on. Although I have (rarely) heard of folks still grinding their gears a bit, even after a couple of weeks.

Once you've settled in to this routine of work, you'll be much better able to tell the difference between an idea being thrown out to distract you and an idea that really is a complete lightning flash game changer. 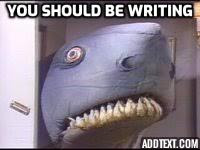