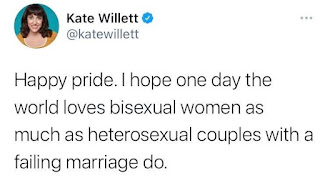 I know I just did a FB compilation last week and, theoretically, posting one of these every two weeks should "catch up" when they compile half a month. But I missed a couple over the course of the last six months or so, and I'm falling further behind instead of catching up, so I'm going to be doing it weekly for a bit longer.

Here is a collection of the best statuses (and a few of the most popular memes) from my public Facebook page over the period of June 1st through June 15th. (You're welcome to follow me there but read up in the Facebook FAQ [last question] if you want to send me a friend request.) 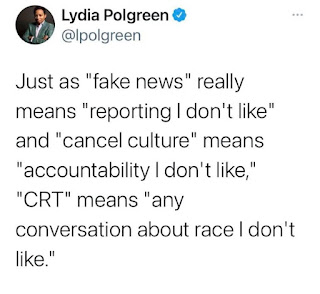 There are problems in this world that Jeff Bezos could just…..solve. He has that much money. He could just wake up and end hunger or reverse climate change.

I'm not even talking about problems like The Mistreatment of Amazon Workers™, although that would definitely be one, but big huge social problems. He could just….solve them.

And I get the nuance. You can't just buy everyone a value meal and call it a day. In many cases supply chains would have to be INVENTED from scratch. I get that much of his wealth is tied up in the value of Amazon and isn't liquid, so he can't write a 190 billion dollar check (and still be a multi-billionaire). But even so, he has the resources to just…..solve these problems.

He doesn't solve them. Not one of them.

He doesn't even treat his workers particularly well. He accumulates hoards of wealth…mostly at the expense of others. And by inaction he allows these problems to continue just the same way as someone who could trivially throw a lifebuoy to a drowning person but just casually watches them die instead.

Some people think "With great power comes great responsibility" is awesome or they understand that "or by inaction allow…" is a vital part of the three laws of robotics. And I get so tired when they turn around and give billionaires a pass. You can't live in a world where the problems are killing people, have the power to do something about it on a GLOBAL scale without even a loss of lifestyle, choose not to, and still be a moral agent. 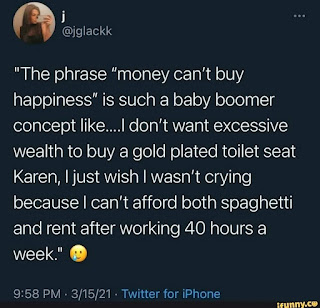 Look at what we've done.

A handful of us have refused to show up to the shittiest jobs with the shittiest pay and look what the result has been. On one side, it's been apoplectic owners, pissed off capitalists, and exploitative politicians castigating entire generations as well as admitting openly and honestly that it was probably the fact that we were given enough money to have a few choices before we starved to death that made us reject exploitative labor.

On the other side, (some) concessions. Rethinking of entire industries. We are the subject of think pieces. We're in every economic report because we just won't just GO fill in that labor shortage. We're slowing the recovery. A few of us took a pass on going back, and the whole damn fabric of the exploitative labor market seems to be unravelling while the exploiters cry bitter tears about our "willingness to work."

This isn't even a nationwide strike. This is just a FEW of the shittiest jobs having trouble staffing up and their exploitative bosses crying into their beer. Unemployment is only at about 6% right now. (The jobs are there; people just aren't taking them.) Imagine what would happen if we refused to work up around numbers closer to 12%. Imagine what could change.

WE have the power. We don't need them—they need us. Half our social structures project an illusion all around us to convince us that we do not have power, and if we ever did, it would be "immoral" for us to exercise it by refusing to work or inconveniencing industry. But we are the ones THEY cannot live without. Our labor is the life's blood of their wealth and income.

However (big however) only if we move and act collectively. If we get divided we can be conquered—squelched really—with little effort. 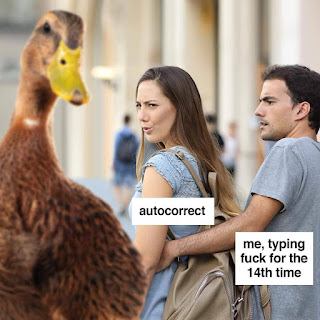 Anytime the government adds an extra layer of bureaucracy to anything (whether it's air travel, applying for benefits, or even voting), don't ask yourself if it's still technically possible for someone bound and fucking determined to get 'er done (which I admit fully that I am and have the privilege to be). Ask yourself who, given the laws of big numbers, it will "peel off."

That group? That group that is probably poor, maybe doesn't command English very well, doesn't have a lot of free time to stand in two-hour lines during business hours, doesn't have things like lease agreements or bank statements handy. That's who your government doesn't REALLY want being able to vote/travel/get benefits. 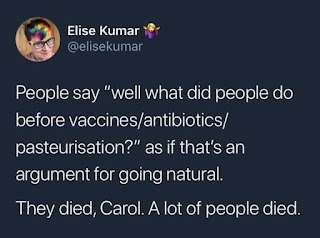 The face of voter suppression has changed so that people can point out that it's not IMPOSSIBLE to get voter ID or to navigate the bureaucracy.

But of course, that's exactly the point. It's also technically possible to copy and paste a URL from anywhere, but guess what happens when social media makes it easier to share with a "share" button. Make things easier….more people do them. Make them harder…..fewer people do them. It's not about one hypothetical voter with the will to be heard. It's about how you're affecting large numbers with anti-democratic legislation.

These laws don't make it harder to vote—they make it harder to vote FOR CERTAIN PEOPLE. When these laws UNSWERVINGLY target only marginalized groups like Black and poor voters, but technically haven't made it impossible, it is absolutely with the understanding that it makes it hard ENOUGH that some people won't bother. Or can't. Or simply have too much else going on. Or miss deadlines. Or……

In a world where elections are won and lost by margins of only a point or two, you don't need to block everyone who votes the way you don't like or looks a certain way. Just make it difficult enough for the people who vote the way you don't like that maybe one in a hundred or two in a hundred are disenfranchised, are inconvenienced to the point of giving up, or simply don't think their vote will count, and that's an election. All without pesky progressives gaining traction when they point out that you're disenfranchising people, cheating, and would rather win than hold a free and fair election. Heck, say "fraud" enough times (regardless of lack of evidence), and moderates (and no small number of liberals) might even cheer you on.