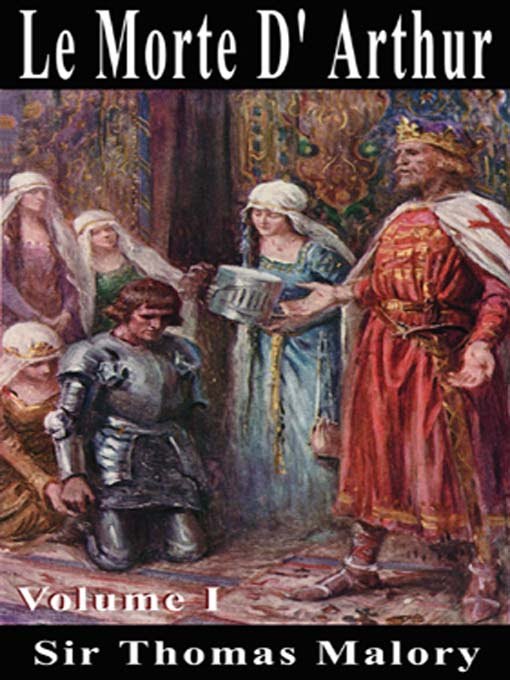 Good Evening.  I'm Guy Goodman St.White your absurdly British sounding host, and this evening we will be looking at what is perhaps the best source of Arthurian legend. While there are plenty of sources of the legendary histories of Britain, brought to us through a proverbial "daisy chain" of translations (Geoffrey of Monmouth to Wace to Layamon) , Mallory's version, written in the mid 15th century,  is perhaps the best well known and most often used as source material for more modern adaptations. Mallory did not write Le Morte d'Arthur, but rather translated and compiled prior 13th century French texts.  He probably did this in prison, which should give you an idea of exactly the sort of despicable character he was.

It isn't clear why Mallory was in prison, but it is probably for crimes against real literature. As a progenitor to the entire Romance genre, Le Morte d'Arthur is bad enough, but it delves deeply into the madness of speculative fiction itself. Indeed while it didn't achieve renown until a later revival of medievalist fanbois interested in all things Romantic, it is not a far cry to say that Mallory also planted the first seeds of high fantasy.

Quests, knights, magic around every corner, curses, wizards who shape-shift into all sorts of forms and (according to some accounts) live backwards, and, of course no tally of this travesty would be complete without a mention of The Holy Grail. Clearly nothing this steeped in speculative fiction could possibly have any literary value to speak of.

It was as if Mallory were providing a genre blueprint of everything to come. It was as if he wanted to give millions of speculative fiction authors a formula for writing reams upon reams of crap. It was as if he declared actual war on real literature. Clearly no amount of time he spent in prison could ever redeem him of this crime against what is worthy of being read.

I am Guy Goodman St.White and thank you for joining me in another episode of Speculative Fiction Sucks Balls (And Not in the Good Way).  Please join us next week, right here on Writing About Writing where a guest blogger will take a look at The Odyssey.  Good night.
at April 03, 2012