Random Creative Writing Terms Beginning With The Letter B 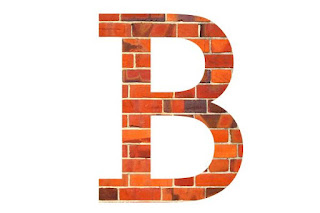 Backlist- Books that are still in print, but are not being published in the current season.  Because books about gardening don't tend to get snapped up during the monsoon and apparently no one will actually buy The Winter of Our Discontent during in May.

Back Story- When the synopsis on the back of a paperback is considerably better than actually reading the book itself.  However, more commonly it refers to events that have taken place prior to the start of a story. Generally the latter refers to character and "world events" are considered to be part of setting. Extensive back stories can require a sophistication at exposition lest they risk being clunky. Clunky exposition is one of the hallmarks of really shitty writing.

Beta Male- Within MRA culture a nice guy who is entitled to sex from hot women but can't because of Alpha males––a claim that even a passing observation of the actual world would render ridiculous.

Prior to or outside of MRA culture, a term that more elastically describes a sensitive guy usually within a romance of some kind and often in a romantic triangle with an Alpha Male.  The fact that most published authors throughout most of history have themselves been sensitive, shy, artistic, and shit, and the fact that a lot of writing has an element of wish fulfillment in it, the romance goes well for the beta male a hugely disproportionate amount of the time in media that is written (like books, TV, movies, and almost everything that's blasting culture into your brains 24/7). Those women realize what they really wanted all along, and media reinforces narratives that dudes with nothing else going for them but that they aren't serial killers are absolutely entitled to have totally hot women look beyond their mediocrity.  Thanks writers!

Biography-  A story about one person that is written by a different person. In other words every political "autobiography" you've ever read.  ~rimshot~  While most historical, political, and trend setter biographies are non-fiction, and "biographies" is used in book classification to describe non-fiction, many works of fiction are essentially fictitious biographies.

Bombast- A form of writing where the word choice for the caliber of rhetoric and diction vastly outstrips the importance of the concept to which the writing refers. An overly elaborate style that is disproportionate to the topic. If you've been online since 1987, you are already aware of this even though you might not know the term. Pedants who write about one space vs. two spaces after a sentence using the sort of language that one would generally reserve for war criminals and despots would fall into this, as would describing the gruesome immolation that you hope occurs to someone's face because they like iProducts.

Biz of CW- A personal term I sometimes use that refers to the myriad of ways in which a creative writer might monetize their efforts and make money.  There are a lot more options these days than short story accolades-->agent--> publisher--> book contract--> advance--> lines of coke.  There are a lot of ways to make money by writing, and all are creative on some level, but this specifically refers to creative writing (fiction, drama, poetry, creative non-fiction, genre defying avant guarde stuff that eight MFA's think is brilliant but most can't understand). It is an abbreviation of Business of Creative Writing, which was the title of a class I took as part of my major.