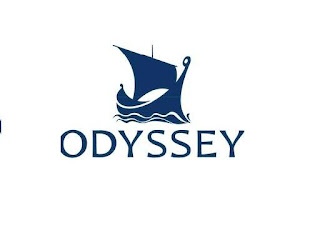 Lady Felicity St. John-Smythe stepping in here to take the reins from Guy Goodman St.White and say a few words about one of the foundational works of the western canon. Yes, that magnificent prototype of the journey or quest motif that has influenced such distinguished and well-regarded works of high literary reputation as Huckleberry Finn, Don Quixote, Watership Down, Moby Dick and, dare I say it, that pinnacle of modern literature, Ulysses. I am speaking, of course, about the incomparable Odyssey composed by Homer in approximately the 8th century BCE.

The Odyssey is focused on that hero of the Trojan War, Odysseus, he of the delightful Trojan Horse stratagem which allowed the Acheaens to trick the Trojans into opening the gates of their city and led to the utterly delicious sacking of Troy. While much of The Odyssey is concerned with Odysseus’ struggles to return to his long-suffering wife, Penelope, and much of the story is, apparently, factual, it is, I feel, necessary to point out a few small problems where Homer felt compelled to spice up the narrative, so to speak, and thereby weakened his rather compelling tale.

While, as is typical of most early examples of literature including Gilgamesh and The Aeneid, gods and goddesses pop in and out of the story like rabbits in a fallow field, Homer makes extensive use of this device at crucial moments. He has Athena tell Odysseus’ son to go visit some of his father’s friends just at the point where the suitors are planning to kill him, and, once Odysseus has returned home, has Athena (again, it’s like the man only knew one goddess in the pantheon) change Odysseus’ appearance so many times it’s like he’s made of Play-Doh. But the true piece de resistance in the whole thing is the fantastical story Odysseus tells of the ten years he spent supposedly struggling to return to his beloved Ithaca and his wife.

Filled with goddesses who seduce him, gods who want to kill him, monsters of all shapes and sizes, men turning into pigs, steaks that begin to moo on the spit, and, horror of all horrors, a trip to the land of the dead where Odysseus speaks to the ghosts of fallen comrades, the whole thing descends into an utter travesty of fantastical story-telling. It is obviously the work of a man trying to, dare I say it, cover his ass when he comes crawling back home ten years after the rest of his friends and expects his wife to welcome him with open arms.

Unfortunately, Homer’s telling of the story places the work squarely within the realm of genre fiction, though which genre is difficult to say since there are so many to choose from – fantasy, horror, paranormal romance – the possibilities are endless. Thank goodness James Joyce managed to wipe the fantastical elements right out of that story and return it to the exalted realms of literature where it belongs.

So this is Lady Felicity St. John-Smythe wishing you a fond farewell and happy travels through the pages of serious literature. Remember, stories about monsters are only for children. Grown-ups never read such tripe. And now I turn the reins back to you, Guy.

[Thanks to Diane Glazman (whose blog, Confessions of a Word Slut, is worth checking out) for channeling Lady Felicity St.John-Smythe to do today's guest blog.]