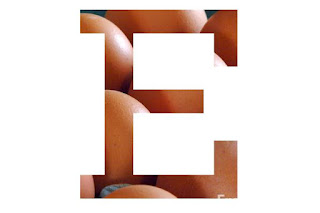 Earn it- I use this phrase a lot when I'm talking about breaking a convention of writing. Many writers refer to these conventions as rules, but it is more useful to talk about why the are conventions and how to make it work to break them. Breaking a rule requires that you earn it. Entry one.

Essay- A short composition on a subject that is intended to discuss a certain aspect of the subject to a general audience (unlike a treatise that attempts to be definitive).  Since Western Academia considers itself the center of the universe,  they will insist that an essay be based on Greek system of advocacy and contain a thesis that is defended.  The fact that many other cultures do things differently is just too bad for those cultures and the fact that they aren't in charge.  Losers.

Expressionism- A loosely defined movement primarily defined by it's rejection of realism within both style and content.  By exaggerating and distorting the portrayal of emotionally upset characters, it sought to draw an audience into the emotional cauldron of a character by altering the style of art itself.  Though largely outdated now, its influence lingers on in the way instability of character often shows in instability of writing within works of artists like Beckett and Arthur Miller, and in the writer Kurt Vonnegut.  Known for the alacrity with which it can cause severe hotties to think a writer is "way deep in that......ya know...meta kind of way."