Cause Tonight, I'm Cleaning out The Closet.....of the Guest Bedroom. 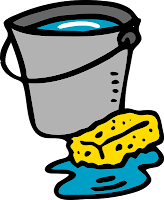 We're cleaning ALL OF THE THINGS here at Writing About Writing.

Okay most of the things.

Okay, a few of the things.

Okay, like six of the things and maybe a seventh thing if we're not too tired.  And really if we're only on the fifth thing by the time dinner rolls around, we're probably going to call it good. 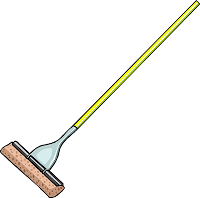 Anyway The Supers are about to get another crime fighting addition to our Crime Fighting League of Crime Fighting.  It's part of a Super Hero exchange program we have going with Australia.  It's kind of like when Commander Riker served aboard the Klingon ship in that episode of The Next Generation.  Except we're the host.  And not a ship.  And we fight crime instead of Romulans and The Borg.  And she's not like the first officer.  Other than that, totally the same.  I don't know much about her except that she's called The Workaholic.  She works so hard that eventually the criminals just give up and go to jail to avoid having to keep escaping and outthinking her.   So I figured I better spruce the place up a bit and get rid of whatever random bits of Octorian tentacles might be still laying around from the war.  Our janitor, Michael Dukakis, has gotten the big stuff, but it's going to be weeks before he finishes a thorough clean of the entire compound. 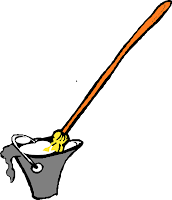 So I figured as long as I was cleaning the compound, I might as well clean the site too.  I'm still behind on tagging some old entries and I might try to straighten up some of the menus and things as well.  If you notice a sudden dramatic change, it's probably just me futzing with the layout.


This great cleanup will also involve some copyediting efforts too!  Supportive Girlfriend has recently been making a huge effort to distance herself from Unsupportive Girlfriend by becoming Outrageously Supportive Girlfriend.  Not only is she trolling literary events for groupies to bring home for hawt sessions of "discussing literary themes" (if you know what I mean), but she's also offered to help me copyedit my entries if I can get them to her soon enough.  She won't catch every mistake, but between us we should have a much cleaner copy to post.

This is good because even when I offered an editor half of my profit they said something about not being interested in 2 cents a day.  It's all materialist tools in this industry, I swear.

I might have a prompt for Sunday, but if not, I'll be back and kicking on Monday.