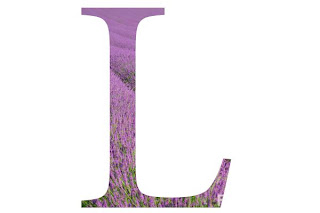 
Lead Time- The time between an article's submission and it's publication.  This may be a very important bit of information for seasonal or other time sensitive articles.  No one will read an article about this years officially designated cut off points for "proper" and "whorish" skirt lengths in late September, and your definitive rating system of all the pumpkin spiced foodstuffs offered in the entire tri-state area will be less awesome in March.

Limerick- A short, five-line poem usually of anapestic meter with a strict aabba rhyme scheme.    It usually follows a pentameter (but with anapests) for the A lines and bimeter with the B lines, though often it is enough simply to have the B lines be shorter.  Limericks often have sexual or at least humorous subject matter.


Linguistics- The study of structure and variation within language, including phonetics, phonology, morphology, syntax, semantics, sociolinguistics, and pragmatics.  It's two principle approaches are descriptive and prescriptive.  Descriptive linguistics focuses on how a language is used and prescriptive linguistics focuses on how language should be used.  It is extremely important for a writer to understand both approaches and why they are important.  A prescriptive grasp of linguistics (and grammar) is important given how much of the world, including many gatekeepers, will judge a writer's writing ability according to how many errors they make.  Descriptive linguistics is important, however, to not come across like a sanctimonious religious asshole.  Plus, honestly, most creatives are more interested in playing with language than being helplessly constrained by it.  They bend and break the rules for effect.  (Which should never be confused with not KNOWING the rules.) Stridently prescriptive writers tend to be better suited to editing and non-creative forms of writing.

Literary-  Technically this means nothing more than "of or related to a body of written works of a language, period, or culture," but it has come to mean so much more among the humanities trenches of academia where the really important battles are fought--battles like what books people who are really cultured and sophisticated ought to be reading.  (And those other departments waste their time on cold fusion and social injustice!)  Though literary sommeliers and the ivory tower (which we are using to symbolize a giant white man's penis, you understand) would like to think that "literary" is a term that applies to a work's quality, regardless of content, they have an unreasonable prejudice towards genre fiction, which they make no effort to hide, despite the fact that it comprises much of the canon.  They defend this prejudice staunchly, though it has no more logic than declaring all impressionism and abstract art to be "not real".  Despite the claim that theirs is a quest merely for literary quality, they are blind to the tropes and cliches of their offerings and how it forms its own genre in much the same way that mainstream culture sometimes isn't aware of itself or how people have trouble hearing their own accents.  Writers like Poe, Wells, Orwell, and more recently Marquez, Ishiguro, and Murakami actually require them to invent new sub-genres in order to keep soft-shoeing and jazz handing through their backpedal.